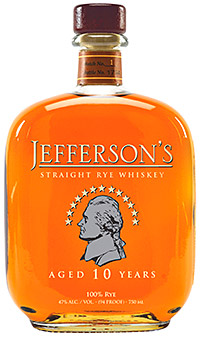 Named after the third US president, Thomas Jefferson, the rye whiskey is the latest addition to the Jefferson’s Presidential Selection range to be launched in the UK. Other variants include Jefferson’s Reserve and Jefferson’s Presidential Select.
Bottled at 47% ABV, Jefferson’s Straight Rye is produced from 100% North American rye and aged in charred barrels for ten years.
It is said to contain flavours of caramel and vanilla with notes of dark chocolate.
Kirsty Loveday, founder of Love Drinks, said the new whiskey “not only adds diversity to the core range but gives our customers a premium option for their traditional rye whiskey serves”.