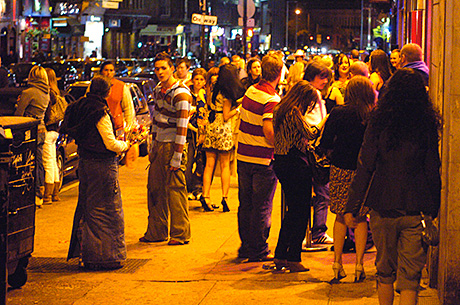 PUBS in Glasgow city centre could be allowed to open until 1am seven days a week under new proposals outlined by the licensing board.

In its draft policy statement, which is out for consultation until October 31, the board said there should be “additional flexibility” within the standard licensed hours for city centre premises and proposed introducing a terminal hour of 1am for bars.
It also outlined plans to bring late night premises outwith the city centre in line with their city centre counterparts by granting licensed hours to 3am, and extending the current terminal hour of 10pm for outdoor drinking in beer gardens and outdoor areas in “exceptional circumstances”.
So-called ‘hybrid premises’ will be removed from the list of possible exceptions to the standard hours, with the board saying it was “concerned” by the number of applications received from premises seeking licensed hours to 2am or 3am; it said in many such cases there is “no substantial change” to the mode of operation and any entertainment is “merely ancillary” to the sale of alcohol, or being offered as a “device to secure later licensed hours”.
“With regard to those hybrid premises already in operation, while the board does not take issue generally with these premises, it would expect them to be monitored for compliance with any conditions specifically regulating later licensed hours,” said the board in its policy statement.
The document also said casinos must demonstrate that, between the hours of 3am and 6am, the primary activity is gambling and not the consumption of alcohol or other forms of entertainment.
But SLTA chief Paul Waterson called on the board to take a tougher stance on casino hours. “There’s absolutely no reason why casinos should open later than clubs,” he said.
“People should not be leaving clubs at 3am to go and drink in casinos.”

Image – Bars in Glasgow city centre could be allowed to trade until 1am.