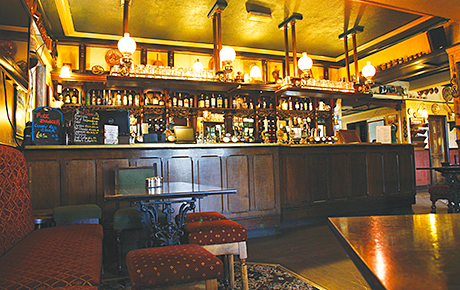 SOME readers of SLTN may well be rubbing their eyes but, yes, I am afraid to confirm that Holyrood is introducing a new Licensing Bill.

Licensing law seems to be in some sort of permanent state of quantum flux.

The law is so hard to find, let alone understand, and yet we now have a fourth attempt at getting the licensing laws into shape.
The Licensing Bill will address a variety of issues that the government has been consulting on, including alcohol licensing, taxi licensing, sex entertainment venue licensing and metal dealer licensing.
So what is in store for the alcohol licensing world?
The consultation on which the Bill is founded was largely pre-written by Alcohol Focus Scotland, with the vast majority of proposals contained coming from that particular body.
The remainder of the suggestions came from police and licensing boards.
Look out for:
• a new national health-driven policy which will box in local licensing boards;
• greater powers for boards and police about ‘football-related’ events;
• some sort of re-introduction of the ‘fit and proper test’ (the word “suitability” was hinted at during a recent conference);
• greater powers for boards to attach conditions to licences at their own whim, even if the premises has not come to their attention as a result of adverse issues.
Various trade bodies and other interested parties, such as the Law Society of Scotland, raised numerous technical deficiencies and inequities during the consultation; however it remains to be seen if the government has listened to their concerns.

Some have called for a fifth licensing objective such as ‘promoting responsible and sustainable growth’ for the trade.
In a week when the government heralded Scotland’s food and drink sector as a “fantastic success story”, I worry that the positive contribution to society that the licensed trade can bring is in danger of being airbrushed out of the framework of those who govern it.
It is my personal view that the licensing laws continue to be changed with little input from those who have to run businesses under these laws.
It is amazing that we are now looking at a fourth piece of primary legislation in four years, never mind the 40-odd regulations.
Before the 2005 Act came into force, whilst we were all lodging ‘conversion’ applications, Kenny MacAskill publicly conceded that parts of the Act “needed a good clout with a heavy hammer”.
What we have now is a piecemeal, fragmented, “Schrödinger’s Act” where the licensing law seems to be in some sort of permanent state of quantum flux.
The new Bill will attract opprobrium and applause, and ultimately I believe we will see a proposal to consolidate the various Acts, including whatever appears in the new Bill, into a new Licensing (Scotland) Act 2015/16/17.
And at that point, to employ a Glasgow euphemism, the baw is once again up on the slates, because when the law is consolidated I’m willing to wager it will be opened up again for further change.
• Stephen McGowan is a director and head of licensing (Scotland) at TLT.