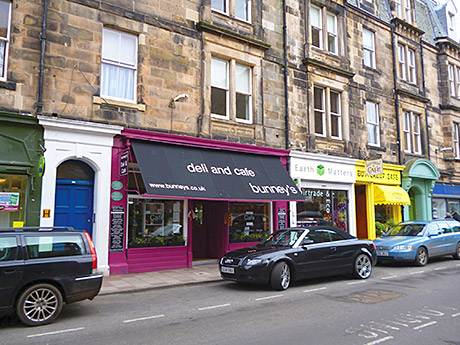 A NORTH Berwick chef has plans to develop a deli and cafe in the seaside town after purchasing it for an undisclosed sum.

John Paul McLachlan’s signature restaurant, John Paul at the Marine, is based at the Macdonald Marine Hotel & Spa in North Berwick and has two AA Rosettes.
He recently bought Bunney’s Deli and Café and plans to relaunch it as JP’s Deli & Café.
McLachlan said he has had his eye on the deli for several years.
“The business will remain much the same, but my plan is to develop a much wider range in our deli with a strong emphasis on locally-sourced produce,” he said.
“The property is also licensed and the wines will, of course, be an area of the business I will be looking to enhance over time. I am also looking to develop the menu to capitalise on the 20 covers available to us.”
Daniel Arrandale, associate director at Christie & Co, said the property generated “significant interest” from potential buyers and received multiple offers ahead of the closing date.
“The level of interest was expected due to the prominent town centre location and the level of trade generated, particularly since the business was rebranded as Bunney’s in 2010,” he said.

Image – Bunney’s Deli and Cafe is to be renamed.