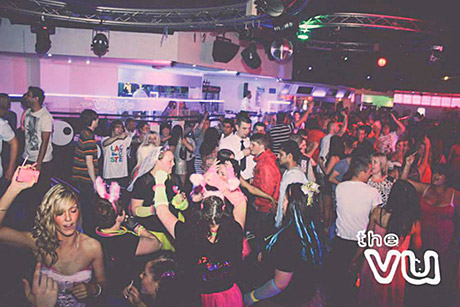 A DUNDEE nightclub claims to be reaping the rewards of digital marketing, after the launch of a weekly online show filmed in its premises.

The Vu, part of Dundee-based Park Leisure Group, introduced online show The Only Way is… The Vu in June, releasing a new ‘webisode’ every week on the club’s Facebook page.
The format features presenter Lauren Mitchell interviewing customers on their experiences in the club, as well as highlighting various initiatives and policies that are in place throughout the outlet.
Club general manager Peter Harvey, who created The Only Way is…The Vu, described the show as a “jigsaw puzzle of what happens in and around the club”.
“Whereas in the past it’s maybe been a bit boring trying to explain things like non-alcoholic cocktails, the procedure in a cloakroom or security issues or checking ID, The Only Way is… The Vu comes across as a fun way of getting these policies across, which makes it much more interesting,” he told SLTN.
“We entwine the legal bits and the boring bits within all the fun and the dancing and people enjoying themselves.
“That way we kill two birds with one stone: we keep the customers happy, but we also put across the messages that we’re trying to get across and promote Best Bar None at the same time.”
As well as providing entertainment for regular customers, Harvey said that the show has also helped attract new customers from the locality, as well as Perth, Aberdeen, Glasgow, and even overseas.
As part of the initiative, the club has also been offering customers free beauty treatments in its VIP section, through a partnership with Dundee health and beauty specialist The Faith Elder Beauty Academy.
“There’s loads of reasons not to come to a nightclub or a pub,” said Harvey.
“You have to turn that on its head and give the customers a reason to come to [your premises]. That’s what we’ve tried to do with The Only Way is… The Vu.”