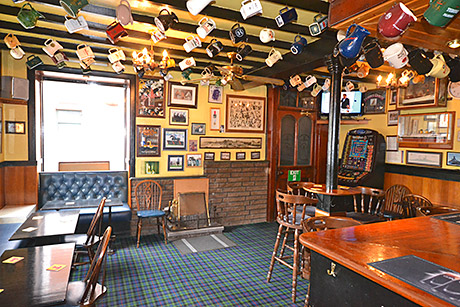 A PUB in the west coast seaside town of Largs is up for sale after 23 years under the same ownership.

Described by selling agent Cornerstone as a “traditional pub which oozes character”, the Royal Oak has been owned and run for the last 23 years by Tony Riley, who now plans to retire.
Occupying a corner site close to the seafront, the pub is said to be an “easily-operated wet sales-driven bar” with a two-bedroom owner’s flat.
“The business is easily operated from a single bar and derives income from wet sales only,” said Cornerstone director Gordon Mair. “Most of the customers are regulars though the business does attract tourists due to its traditional character and also offering occasional live music at weekends.
“Another advantage of The Royal Oak is that unlike many other licensed businesses, turnover is increasing year on year along with the net profit.”
Cornerstone is marketing the Royal Oak at £195,000.