Trade is setting the standard in safety, say specialists 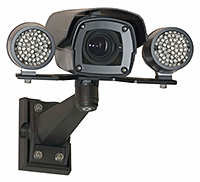 SECURITY measures such as CCTV and door stewards have played a key role in keeping staff and customers safe for years, but it seems that Scotland’s operators are leading the way in terms of their security systems.

Late-opening premises in Scotland have been obliged to have CCTV systems in place since the introduction of the 2005 Licensing Act.
However, in many cases the legislation only formalised standards that were already being met by many operators, according to David Wilson, operations director at Glasgow-based SecuriGroup.
“SGL delivers security services throughout the UK and in my experience the late night operators in Scotland have always been at the forefront of the industry when it comes to ensuring the safety of their patrons,” he said.
“My belief, as an objective non-Scot, is that Scotland now has the safest licensed premises, city centres and night time economy in the UK.”
The current high standards are no reason for complacency, however, and David stressed the importance of continually improving systems through the introduction of new technology and training.
In terms of CCTV, making the most of a new camera system will depend on a number of factors, he said.
Most installations will take place during the day, for example, so operators should ensure the cameras are tested in various different lighting conditions, including under strobe lighting, etc. to make sure the picture quality isn’t adversely effected.
Care should also be taken to ensure that cameras are located in the best sites possible, said David, as relocating the equipment at a later date can incur additional and unnecessary expense for the operator.
And any CCTV system should be able to store recordings for a period of 28 days, in case footage is required by police.
Recording and responding to incidents is only part of the benefit of a robust security system, however.
Ideally, the presence of CCTV and stewards acts as a deterrent to customers who might otherwise misbehave.
“It does definitely provide a deterrent within the pub to anything that might go on, either staff-wise or through customers behaving inappropriately,” said Scott McGillivray, managing director of equipment supplier Sims Automatics.
“Increased detection of incidents, as well as a safer working environment for staff [are also benefits].
“Through the Till Scan product, where the CCTV is linked through the tills and you can watch staff remotely, there’s also a reduced element of theft because the staff know they’re being monitored.”

Scotland now has the safest licensed premises and night time economy in the UK.

And the standard and capabilities of the equipment itself continues to improve, said Scott.
“The quality of the products is improving all the time, in terms of the quality of the image, which is very important,” he said.
“CCTV footage has been successfully used in prosecution cases.
“The actual quality of the image is now paramount, so that you can actually see an image of a face, whereas in the past it has maybe been a bit fuzzy.
“Rather than one camera, people will often go for multi-camera systems now, which gives shots from different angles and just adds to the security aspect.”
The price of the systems is also said to be coming down, which Scott reckons should encourage more pubs to invest in up to date technology.
Even at a lower price, however, expenditure on new equipment is not a prospect many operators will relish, but David said it is a key part of running a responsible outlet.
“In the current economic climate all operators attempt to reduce costs but as it is such an important aspect of the premises licence and has a positive impact on customer safety, CCTV systems are viewed as a necessity as opposed to a luxury by responsible operators,” he added.

It’s time to be bold by the glass

A movement that can’t be ignored