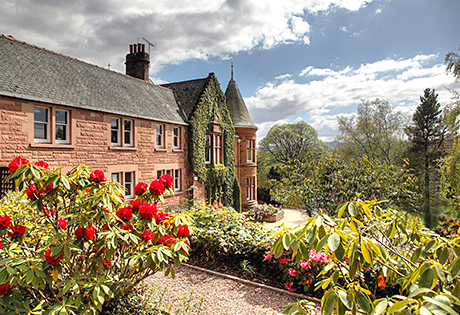 HILTON has transformed its Craigendarroch hotel in Royal Deeside into timeshare suites.

In the first move of its kind for the company, it converted the 45-bedroom Hilton Craigendarroch into 32 suites as part of a £4.1 million overhaul of the property, which has joined its Hilton Grand Vacations division. The refurb also took in the venue’s restaurants, lounge and leisure facilities.
The Craigendarroch Suites complement the 99 existing lodges at the resort, which have operated as timeshare since 1985. Hilton said it will continue to accept hotel room bookings for the new suites while the timeshares are being sold.
Richard McIntosh of Hilton Grand Vacations said the new facilities aim to attract an extra 5000 tourists a year.
“We anticipate that a large percentage of our guests will be from around Scotland, taking advantage of proximity to Glasgow, Edinburgh and Aberdeen, but we also expect a significant number of international Hilton Grand Vacations members exchanging their local timeshare options to explore Scotland,” he said.

Image – Hilton has converted its Craigendarroch hotel into 32 timeshare suites.