Impact on industry to be discussed as referendum countdown begins 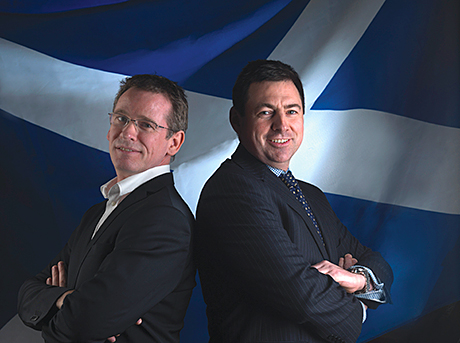 INDEPENDENCE and its impact on Scotland’s food, drink and tourism sectors will be the focus of a hospitality industry debate in Edinburgh next month.

Organised by the Institute of Hospitality Scotland, the debate will be held on Wednesday September 18 – a year to the day from the referendum – at the National Museum of Scotland.
The ‘what would independence mean for the Scottish food, drink and hospitality sectors’ debate, described by organisers as a “frank and open” discussion, aims to present both sides of the argument in the context of the industry, which is said to employ 220,000 people and contribute more than £4 billion to the Scottish economy.
Michelin Star chef at Gleneagles Andrew Fairlie will lead the ‘yes’ team, backed by retired SNP MSP Jim Mather and Independent MSP Jean Urquhart, while the ‘better together’ side will be headed by Beppo Buchanan-Smith, who owns the Isle of Eriska Hotel in Oban, with Tony Dumbreck, owner of Innovate Foods, and Scottish Conservative deputy leader Jackson Carlaw MSP.
Fergus Chambers, who has worked in facilities management and contract catering for more than 35 years, will moderate the debate.
Ray Lorimer, chairman of the Institute of Hospitality Scotland, urged business owners and staff from across the industry to take part in the discussion.
“The debate provides a much-needed platform to objectively address the key implications both for and against independence from a Scottish food, drink and tourism perspective,” he said.
“Members of the audience will have the opportunity to put their questions to the panelists, who aim to tackle a range of issues – from Scotland potentially joining the Euro to queries about having our own currency, as well as green energy and renewable targets for Scottish businesses.
“It promises to be a stirring discussion.
“I’m confident both sides will justly execute their viewpoint with the energy and enthusiasm you would expect from those passionate about an industry that makes a substantial contribution to Scotland.”
Tickets for the debate, costing £15, can be booked at www.cookschool.org/indydebate

Image – Andrew Fairlie (left) and Beppo Buchanan-Smith will present both sides of the argument.