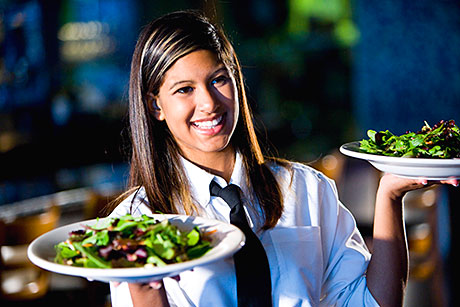 THE significance of the hospitality industry to the local economies of Scotland is well known.

Over 110 new hotels have been built in Scotland in the last decade with investment exceeding £3 billion. There has been much refurbishment of existing properties, and new restaurants and attractions have opened.
More investment is underway or is planned for the future.
But this investment needs to be matched by the support that hospitality businesses receive from local authorities and government, both at Westminster and Holyrood.
The hospitality industry is one of the main pillars of the Scottish economy and an economic driver in every part of our country.
It employs over 220,000 people directly and, indirectly through its suppliers, a further 120,000 – 8.6% of Scotland’s jobs. It contributes £4bn to Scotland in wages and profits.
An independent study by Deloitte forecasts that if VAT is reduced to 5%, 8000 full-time equivalent jobs will be created in the Scottish accommodation sector. 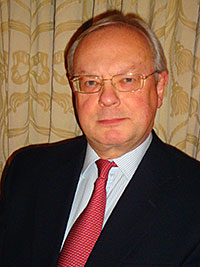 However, these jobs are dependent on the right conditions for growth and the British Hospitality Association (BHA) has issued a number of ‘calls to action’ to ensure these are in place.
All but three other EU states (Slovakia, Lithuania and Denmark) have a reduced rate of VAT for accommodation and many also have a reduced rate for attractions and restaurants.
France, for example, has a reduced rate on accommodation and restaurant meals of 7%; Germany’s rate is 7% for accommodation and Italy’s is 10%.
These low rates make the UK, including Scotland, uncompetitive with the rest of Europe. This will remain so as long as VAT remains at the present rate.
The rising rate of Air Passenger Duty acts as a disincentive to international travellers and high road fuel prices make it increasingly expensive for visitors to travel, especially to rural areas.
But growth is dependent on more than fiscal policy.
The Scottish Government, local authorities and enterprise agencies must recognise that the industry is able to create valuable and skilled jobs as effectively as other business sectors; supports other key sectors of the Scottish economy; and generates exports by attracting international visitors.
Minimising the regulatory burden with its associated costs will help businesses to achieve their potential.
Effective and sustained tourism promotion of Scotland is as important to growth as attracting capital investment.
Equally, there is a need for investment in our transport infrastructure, digital connectivity and workforce training.
Reducing VAT will attract more overseas visitors to Scotland as well as encouraging more British people to holiday here.
The principal benefit of this will be the creation of more jobs and greater wealth.
The British Hospitality Association Scotland’s call to action is to remove the barriers to growth thereby enabling this resilient industry to make its full contribution to Scotland’s national and local economies.
The opportunity is there to be grasped for the benefit of the whole nation.
• Willie Macleod is executive director, Scotland, for the British Hospitality Association (BHA).

Images – Minimising the regulatory burden could help the hospitality industry continue to grow, according to Willie Macleod.