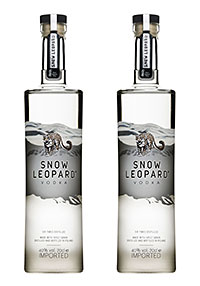 The vodka, which was launched in 2006 by conservationist Stephen Sparrow and donates 15% of its profits to the Snow Leopard Trust, was acquired by Maxxium co-owner Edrington in February of this year.
Snow Leopard vodka is made using spelt grain, which is said to give the spirit a nutty flavour; it is produced in small batches in a six-stage distillation process at the Polmos Lublin distillery in Poland.
Maxxium UK managing director Huw Pennell said Snow Leopard “broadens and complements” the distributor’s spirits portfolio.
“We are delighted with the addition of Snow Leopard vodka, which is a perfect strategic fit for Maxxium UK,” he said.
“The success of our luxury portfolio has been a key driver for us and the opportunity continues to grow.”
Stephen Sparrow of Edrington said the move will “provide the momentum for Snow Leopard vodka to grow”.