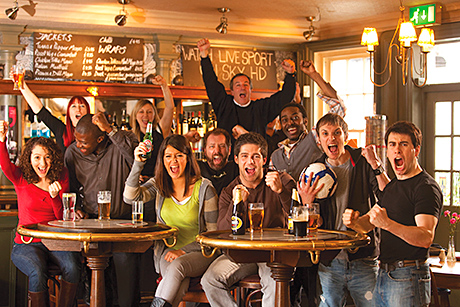 SKY is to freeze the cost of a subscription to its Sky Ultimate package for the third successive year.

The broadcaster, which holds rights for sporting events including Scottish and English Premier League games, UEFA Champions League, Scottish Professional Football League and rugby’s Heineken Cup, said the current rates will remain in place until June 2014; it last increased Sky Ultimate subscription rates in September 2010.
Speaking to SLTN David Rey, managing director of Sky Business, said the decision to freeze subscription rates was taken “because we recognise the trading environment remains tough for publicans”.
In addition to the rates freeze, Sky Ultimate customers will receive a third viewing card, allowing them to screen three channels at once.
Sky is further supporting its football coverage with the launch of a new show, Saturday Night Football, hosted by David Jones and Jamie Redknapp.
There will also be additional resources for publicans, including online training sessions to help them
make the most of live sport, and a ‘play along’ app designed to engage pub customers during live Premier League matches.
The app will include quiz questions and polls, as well as notifications throughout particular games.
Rey said the software is designed to “get punters into pubs earlier, enhance their enjoyment of the game and keep them there longer afterwards”.
Meanwhile Star Pubs & Bars is offering its lessees a 30% discount on a Sky Ultimate subscription for the next three years if they agree to stock a specific range of beer and cider products.
The pubco claims the discount could save publicans more than £3000 a year.

Image – Sky said it is freezing its rates in response to a tough trading environment.