PROPOSALS which could allow operators with premises in several council areas to deal with just one local authority have been welcomed by the trade.

The primary authority system, which is already in force in England and Wales, could cut bureaucracy and bring greater consistency, according to trade groups and licensing lawyers.
Under Scottish Government proposals, which are out for consultation until August 23, businesses with “branches” in multiple local authority areas can choose one authority with which to work in partnership in order to comply with certain aspects of regulation, which could include licensing, food standards, food safety and hygiene, health and safety and age-restricted sales.
The primary authority is required to give the business advice on fulfilling its regulatory obligations, which must be followed by other local authorities in which the business operates; and co-ordinate enforcement action against the business – an approach that’s said to have led to a reduction in enforcement activity in areas with a primary authority system. 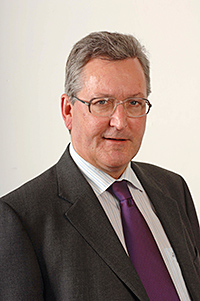 The proposals, which were unveiled by enterprise and tourism minister Fergus Ewing, have been welcomed by the trade, which said the measures could help cut red tape and bring greater consistency between local authority areas.
“One of the problems we have with licensing in Scotland is a lack of consistency,” said SLTA chief executive Paul Waterson.
“I think it [primary authority] could stop a lot of these inconsistencies because local authorities will be sharing best practice. And it won’t just benefit multiple operators – everyone will benefit if there’s greater consistency and councils sharing best practice.”
Licensing solicitor Stephen McGowan, of TLT, said if the licensing Act is included in the proposed primary authority system, it could have “very interesting ramifications”.
“For example, a drinks promotion treated as responsible in the primary authority may, therefore, be acceptable in any Scottish authority,” he said in his blog.
“Best practice as to compliance with the Challenge 25 condition may be another example of ‘advice’ offered by the primary authority.”
SBPA chief executive Patrick Browne also welcomed the proposals.
“If licensing is included in Scotland, it will potentially be very significant,” he said.