Health lobby seeks to make its mark on policy statements 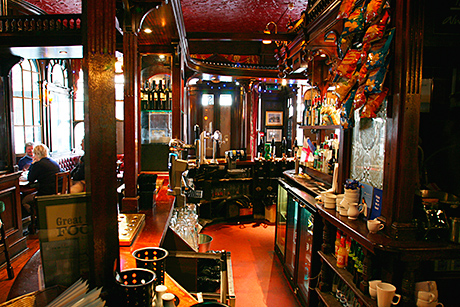 EVERY three years licensing boards must prepare and publish a statement of licensing policy which “seeks to promote” the licensing objectives.

The statement will set out the board’s position on a number of key issues such as licensed hours, children’s and young persons’ access to licensed premises – and, critically, overprovision.
There’s a duty to consult with the local licensing forum, certain other interest groups and the local health board. Already a number of licensing boards are carrying out consultations or “pre-consultation” exercises. New policy statements must be in place by November 2013.
Make no mistake: policies have the potential to make a significant impact on your development plans or existing business.
For example, when the Wigtown divisional licensing board changed its policy on licensed hours – prompted by police warnings over stretched resources – a number of pubs and hotels suffered a one-hour cut back during the busiest nights of the week. An exception for Stranraer town centre pubs saw a hemorrhage of customers from Newton Stewart and Wigtown, with a hotelier telling SLTN that she faced bankruptcy after “pumping hundreds of thousands of pounds” into three local businesses.
A new stance on overprovision resulted in West Dunbartonshire licensing board pulling down the shutters on new licences, save for restaurants and hotels where the bar was secondary to the overall accommodation business. While there have been recent indications that the board is now taking a more flexible approach, the policy will remain a tough nut to crack.
In fact, it’s in the area of overprovision policies that the major battles are likely to be fought as boards come under increasing pressure from health lobbyists, who argue that the proliferation of outlets – particularly off-sales – fuels alcohol misuse.
Opposition to individual applications on health grounds have failed to make any significant headway.
Typically, an objection to a new application will tell the licensing board that an area is already well-served with licensed outlets and alcohol-related hospital admissions or mortality rates in a particular ‘data zone’ are above the Scottish average.
The trouble with that approach is that correlation is not causation.
In other words, the link between the objection’s statistics and health harms in a neighbourhood is well-nigh impossible to substantiate.
But a policy that places a block on new licence bids through the use of alcohol misuse figures – seeking to promote the “public health” objective – creates a different ball game.
In effect, the burden is reversed: instead of the board having to justify a refusal, an applicant seeking the grant of a licence in an ‘overprovision zone’ has to overcome the “rebuttable presumption” that the application must be refused unless there are “exceptional circumstances”.
That’s a tougher proposition.
In a relatively new development, the police are also seeking to make their mark at policy level.
Last July chief superintendent Campbell Corrigan was swift to embrace the findings of academic research claiming to establish a correlation between neighbourhood crime rates and the number of alcohol outlets. More recently, chief superintendent David O’Connor claimed that not enough was being done to halt the number of off-sales, suggesting that the chief constable should take over the process if boards failed to take “tough decisions” – earning a sharp rebuke from Malcolm Cunning, convener of the Glasgow licensing board (SLTN, May 30).
The independent on-trade has just added its voice, with SLTA chief executive Paul Waterson’s repeated call for a moratorium on all new licences.
Current policies display a measured approach, either declining to find any overprovision or declaring saturation in just a handful of localities, subject to the inevitable caveat that each application will be considered “on its merits”.
That, of course, is subject to West Dunbartonshire’s bold stance and Edinburgh’s crackdown on new off-sales, which was not embraced when the new board came into power.
By the end of this year we’ll know whether the prayers of health lobbyists, police and SLTA for a more sweeping approach have been answered.
• Jack Cummins is one of Scotland’s leading licensing lawyers. Every month he writes on licensing law and answers readers’ questions in SLTN.

Image – The new statements will set out each board’s position on licensing policy.

Do you have a legal question for Jack Cummins? Email sltn@peeblesmedia.com or write to Legal Clinic; SLTN; Freepost; NATN 478; Glasgow G3 7BR