Operator returns to roots with acquisition of village inn 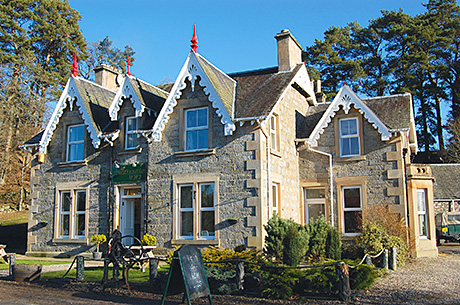 AN historic Perthshire inn has changed hands for the first time in eight years.

The Strathardle Inn in the village of Kirkmichael, which can trace its roots back to the 17th century when it operated as a drovers’ inn, has been purchased by Colin and Abi Massey.
The pair most recently worked in the licensed trade in Buckinghamshire, but have returned to Colin’s roots in the Scottish Highlands.

The inn provides an excellent home for those seeking a solid and established income base.

Previous owners Katherine Furmidge and Tim Hancher have relocated to the north of England after running the Strathardle Inn for nearly eight years.
The property comprises eight en suite letting bedrooms (five double rooms, a twin room and two family rooms), a restaurant, bar, lounge and a three-bedroom private flat.
Fishing rights on the River Ardle opposite the property were also included in the sale.
Alistair Letham, a director with property agent Colliers International, which handled the sale, said the historic inn has played an “important role” in north Perthshire
“The Strathardle Inn is a great business for resident proprietors,” he said.

The property dates from the 17th century when it operated as a drovers’ inn.

“It provides an excellent home for those seeking a solid and established income base, coupled with the lifestyle and amenity that living in north Perthshire has to offer.”
The purchase price was not disclosed but Colliers had been inviting offers over £425,000.

Image – The Strathardle Inn is under new ownership. The property includes a bar as well as letting rooms.