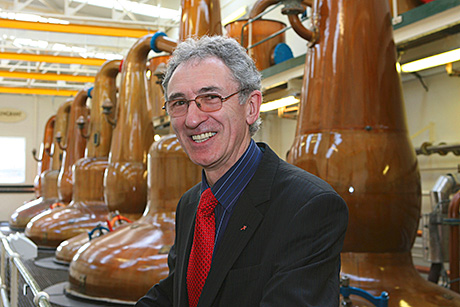 Glen Grant master distiller Dennis Malcolm marked his 50th anniversary with the single malt this month with the launch of a limited edition whisky.

Five Decades contains whisky produced in each of the decades Malcolm has worked with Glen Grant. Malcolm started work at the distillery as an apprentice cooper when he was 15.
Christophe Schaillee, of parent company Gruppo Campari, congratulated Malcolm on a “fantastic achievement”.