Cocktails from a bygone era spark interest in whiskey 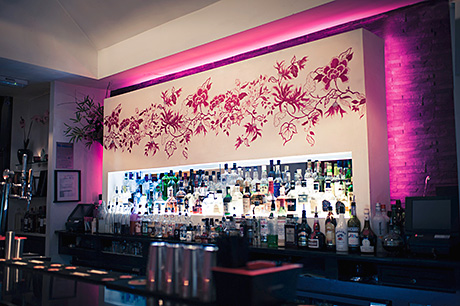 CLASSIC cocktails continue to drive interest in – and sales of – American whiskey, bartenders have told SLTN.

Bourbon and other American whiskies have featured in cocktail recipes for decades, but a recent resurgence of classic drinks like the Manhattan and Sazerac is said to have sparked renewed interest in the category.
Chris Flint of Leith bar Bond No.9 said the “old school drinks” are helping to expand the category.
“It’s one of the categories you find people name call a lot more than other ones,” said Chris.
“The kind of people who drink those kind of drinks are more selective about the products they have.
“So if someone’s having a gin fizz, they’re not overly fussy what gin they’re having, but if they’re having an old fashioned, a Sazerac or a Manhattan they care a bit more about what the products are.”
Bond currently stocks around 24 different American whiskies, including brands such as George T Stagg, Rittenhouse and Evan Williams.

The kind of people who drink those kind of drinks are more selective.

Rye whiskey, in particular, is proving popular in Bond No.9, said Chris.
“Rye whiskey is growing massively,” he said.
“We sometimes find it hard to get a hold of certain rye whiskies that we want to carry. Things like the Sazerac whiskey [we use] is a nightmare to get a hold of because they can’t make enough of it, which is a little bit frustrating.”
Rye is also said to be enjoying a resurgence further north.
In Aberdeen Ben Iravani, owner of cocktail bar Orchid, said there has been an increase in demand for rye whiskies, driven primarily by classic cocktails.
“A lot of bartenders in the city drink classic cocktails – they want shorter, strong drinks,” he said. “It’s definitely more popular among bartenders, and people who are just really into their cocktails.”
And although they are traditionally used in stronger-tasting drinks, American whiskies are versatile enough to be used in sweeter, subtler cocktails. In the past Orchid put this to the test with the creation of the Bourbon Bellissimo – a cocktail which combined bourbon with sweeter fruit flavours.
Like Bond No.9, the back-bar at Orchid includes a mixture of high profile and lesser known American whiskies, including Few Rye Whiskey, Rittenhouse 100% Proof Bonded and Buffalo Trace.
Ben said the bar team looks for “something that’s well balanced and smooth” when selecting a bottle for the gantry. “But we’ve got a couple down there that are slightly stronger as well, so it’s finding different whiskies that are best for different types of cocktails,” he said.
And the bar is stocking more whiskies than ever before, with American whiskey taking space on the back-bar and from other spirits categories.
“It’s definitely getting more popular,” added Ben.
“The classic drinks are making a resurgence and there’s definitely an uplift. Our rum section used to be a lot heavier, our gin section as well, but we’ve definitely got a bigger selection now of rye and bourbon.”
Education has been crucial to the growth of the category, according to Angus Russell of wholesaler Inverarity Morton.
“Around the central belt [American whiskey] has grown up a little bit,” he said. “People didn’t really understand what a bourbon is.
“There was a perception that it was quite a cheap product, but with all the training that’s going on nowadays that is changing.”

Angus highlighted a recent tasting of Four Roses bourbon in Glasgow as an example of the proactive steps being taken by American brands to educate the Scottish trade. And that investment seems to be paying off.
Angus said the growing interest in the category has encouraged Inverarity to take on a few limited edition bottles of Elijah Craig Barrel Proof bourbon.
“We’ll only get about four bottles, which isn’t really worth our while, but I know people will be really excited about getting a bourbon straight from the barrel at 64% ABV,” he said.
“It’s nice to see a bit of interest.”