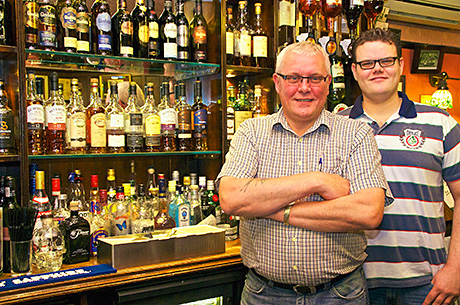 SCOTCH whisky firms have made no secret of their desire to attract a younger generation of consumers.

In recent years, producers and distributors have utilised everything from whisky-based cocktails to social media activity in a bid to broaden the spirit’s appeal.
And it seems the strategy is working.
Operators contacted by SLTN said a broader range of consumers have added whisky to their repertoires as drinkers increasingly pursue spirits with provenance.
At the Bon Accord in Glasgow, Scotch whisky is said to be growing in popularity across all demographics.
Manager Thomas McDonagh, whose father Paul owns the malt whisky and cask ale bar, credited an increased appreciation for dark spirits as a whole for contributing to the growth.

Whisky sales should benefit from visitors coming to Scotland next year for the Ryder Cup and Commonwealth Games.

“There’s a full mix [of people], from early twenties right up to retirement age,” he said.
“It’s not just exclusively older ones.
“Since a lot of rum and bourbon bars have started popping up, younger people are starting to appreciate the taste of spirits.
“The more better quality bars we get the more people will drink things for the quality.”
Scotch whisky is also appealing to a broad range of people at Tickety Boo’s in Dundee.
The bar stocks a range of 60 malts spanning different regions and age expressions.
“There’s normally one guest on and the rest is a kind of standard range depending on price and what people are asking for,” bar manager Angus Welsh told SLTN.
“I make sure to cover all areas and flavours, ones from every corner.”
With such a broad range, staff training is ongoing at Tickety Boo’s, according to Welsh.
“We go over it briefly but it’s more sort of talk between myself and our assistant manager with the staff as we work,” he explained.
“There’s so much to know that you can’t learn it all in one sit down.”
Echoing McDonagh at the Bon Accord, Welsh said sales of whisky have increased – and it’s not just locals who are drinking it.
“It’s growing but you see changes month on month,” he added.
“During the tourist season we see a lot more.
“The golf is a big one, it brings a lot of Americans who really love their whisky.”
With golf’s Ryder Cup coming to Gleneagles next year, and the Commonwealth Games taking place in Glasgow, the trade is gearing up to welcome more visitors than usual.
And it seems it could have a knock-on effect on whisky sales.
Sue Beatt, director of the Whisky Ambassador training firm, said operators should ensure staff are equipped with good product knowledge if they want to see the benefits.
“I think it’s highly important with the number of people coming into Scotland next year with Homecoming, the Ryder Cup and the Commonwealth Games,” she said.

Younger people are starting to appreciate the taste of rum and bourbon and they’re then moving on to Scotch whisky.

“The on-trade and off-trade can make a killing next year if they do it right.
“If you think about Scotland and tourists they expect staff to know about whisky and it’s disappointing if they don’t. It improves customer service and sells more product.
“They should know what all the whiskies smell and taste like, where they’re from, how it’s made, what the tasting notes are so they can engage with customers.” 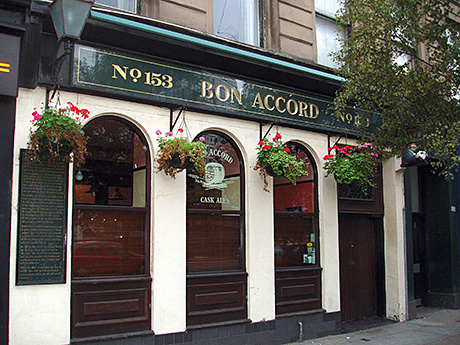 Images – Thomas McDonagh (right) with his father Paul said whisky sales are growing at the Bon Accord in Glasgow – and the spirit is appealing to a broad range of consumers.