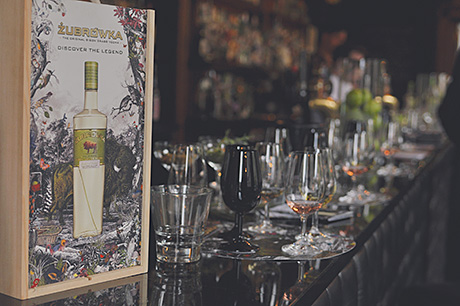 EDINBURGH bartenders were given a taste of some rare and vintage spirits recently at an event for Polish bison grass vodka Zubrowka.

The tasting session, which took place at the Voodoo Rooms in Edinburgh, was hosted by Zubrowka brand ambassador Pawel Rolka and drinks writer Ian Wisniewski as part of the brand’s Night Owls campaign. The activity saw similar events taking place in bars across the UK.
The Edinburgh event featured vodkas from as far back as the 1960s.
“The response we have received from bars so far has been incredible,” said Rolka. “There is clearly a real appetite for the liquid as bartenders experiment with its versatility in cocktails.”