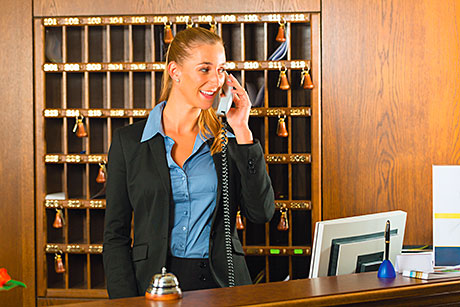 Scotland’s hotels are significantly outperforming the UK as a whole in revenue terms, according to new figures.

Overall rooms yield for hotels in Scotland, calculated by multiplying the occupancy rate by the average room price, increased by 5.9% in March, according to the latest Scottish Hotel Survey by accountancy firm BDO.
The UK average rooms yield for the month saw a modest increase of 0.5%, which was said to have been driven by the strong performance north of the border. Rooms yield for hotels in England fell by 0.5%, while those in Wales saw a decline of 6.8%.
Occupancy rates were up in both Scotland and England by 1.6% and 2.1% respectively but down 3.4% in Wales, with the UK as a whole sitting at 2.1% growth.
Hotel occupancy in the four Scottish cities highlighted in the report increased. Occupancy rates in Glasgow were up 2.3%, Inverness grew by 2.1%, Edinburgh was up by 1.2% and Aberdeen showed marginal occupancy growth of 0.3%.
However, Scottish revenue growth was not uniform across the board.
Aberdeen and Edinburgh both performed strongly with the granite city’s high average room rates translating into a 13.3% revenue increase and revenues in the capital up 13.7%. But revenues were down in Glasgow and Inverness, by 6.1% and 0.8% respectively, despite a growth in occupancy in both cities.
Alastair Rae, a partner in the property, leisure and hospitality sector at BDO, said: “The Scottish improvement in rooms yield is undoubtedly down to the large increases in revenue in both Aberdeen and Edinburgh.
“Aberdeen remains buoyant due to the continued high oil price, which supports the wider economy, and benefited further from specific events during March including the Expo for Overseas Job Opportunities and the Young Coastal Scientist and Engineers Conference.”
Rae said the increase in Edinburgh revenues could be partially attributed to low revenues in March 2012, but capital hotels are also said to have benefitted from an early Easter this year.
And he said the drop in revenues in Glasgow and Inverness was likely due to competitive pricing in those cities.
“The improvement in Edinburgh is welcome, given the relatively weak occupancy and revenue figures which the capital has experienced in recent months,” said Rae. “It is clear that the sector remains stretched and that we are some way from experiencing a prolonged period of growth but this improvement is very welcome.
“Whether these figures are simply a blip or mark a return to increased revenue and occupancy remains to be seen.”

Image – Scotland’s hotels are outperforming the UK as a whole in revenue terms, according to new figures.