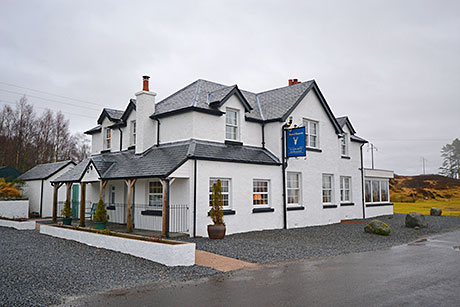 THE Moor of Rannoch Hotel in Perthshire has been sold by licensed property agents Cornerstone.

The hotel, which was developed in recent years by Rob and Liz Conway, was bought by Scott Meikle and his partner Stephanie Graham.
Derek Burgoyne of Cornerstone said the business attracted interest from a number of potential buyers.
“Its stunning location ensured that we generated a large amount of interest from all over the world resulting in an offer being received within two months of the hotel being placed on the market,” he said.
“There are definite signs of improvement in the small hotel market and banks are beginning to lend to them again, albeit cautiously.”

Image – The Moor of Rannoch Hotel by Rannoch Station, Perthshire.