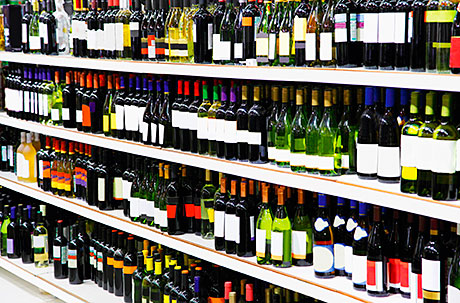 THE amount of alcohol sold in Scottish shops has fallen 2.6% in the year since multi-buy deals were banned, according to new research.

The ‘Monitoring and Evaluating Scotland’s Alcohol Strategy: The impact of the Alcohol Act on off-trade alcohol sales in Scotland’ report, published earlier this month by NHS Health Scotland and Glasgow University, attributed the decline to measures to restrict off-trade alcohol promotions outlined in the 2010 Alcohol Act.
According to the study, there was a 2.6% drop in per adult off-trade alcohol sales in the 52 weeks after the Act was implemented on October 1, 2011.
This was driven by a 4% decline in off-trade wine sales, which the report attributed to the ban on quantity-based discounts, such as three bottles for £10. It said a similar decrease was not recorded in England and Wales, where the Act does not apply.
The news was welcomed by Scottish Licensed Trade Association chief executive Paul Waterson.
“We believed this measure would cut consumption, and I think we’ve been proved right,” he said.
“I think anything that helps the downward trend [in consumption] at a time when we do have problems with alcohol abuse in Scotland must be welcomed.”
Other commentators were more critical of the report, however.
Miles Beale, chief executive of the Wine and Spirit Trade Association, said: “This report fails to show any evidence of the impact of Scotland’s ban on multi-buy restrictions on tackling alcohol misuse.
“The drop in sales of 2.6% attributed to the ban was described as ‘statistically non-significant’ by the researchers.
“The report acknowledges that there is currently no direct evidence linking multi-buy promotions to alcohol consumption in the off-trade. However, we do know that overall levels of alcohol consumption are in decline, with UK consumption down 16% since 2004.”

Image – Off-trade wine sales were down 4% in the year to October 2012, according to the report.