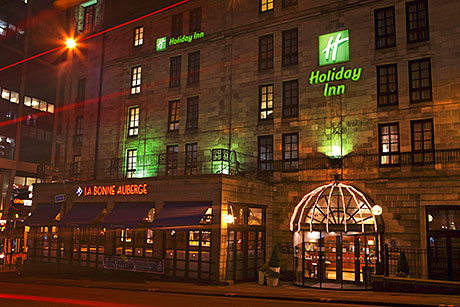 SCOTLAND’S hospitality sector is being stifled by the degree of uncertainty surrounding the likely tax regime after next year’s independence referendum.

Commerce does not like uncertainty; but that’s the situation within which we find ourselves in Scotland at present.
The Scottish Government’s track record on taxation has, for example, led to a mood of caution amongst investors in the property sector.

Commerce does not like uncertainty; but that’s the situation we find ourselves in at present.

Whereas the most recent business rates revaluation was phased in over five years at a 20% increase each year in England and Wales because it coincided with the start of the economic downturn, the Scottish Government opted, instead, to use its new powers to raise taxes by the full rate immediately.
This has led to a degree of nervousness amongst investors that, if history was to repeat itself, businesses in Scotland could find themselves subject to higher taxation – including VAT, corporation tax and capital gains tax – than elsewhere in the UK in the event of a ‘yes’ vote in the independence referendum.
Hospitality sector investors have the whole world within which to invest, so why risk their investment in a small country where there is uncertainty about the future tax regime? 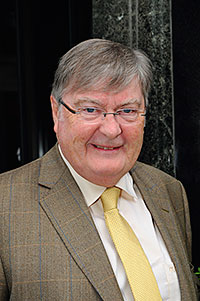 Indeed, my own company is a case in point.
Chardon manages more than 30 hotels across the UK and, as a result of the present investment situation in Scotland, our focus is presently south of the border.
Similarly, a multitude of potential hospitality sector investors in the emerging BRIC (Brazil, Russia, India, China) countries currently regard the uncertainty surrounding the future make-up of Britain as creating too much risk to make it a viable investment, with the exception, perhaps, of London and Aberdeen, whose local economies have continued to perform well throughout the duration of the recession.
Consequently, outwith these two locations, the prospect for any significant investment flowing into Scotland’s hospitality sector from overseas prior to the referendum would appear to be remote.
Whilst I remain steadfastly non-partisan on the question of independence, I share the concern expressed by a growing number of business people about the level of discourse between the two sides of the referendum to date, which has been disappointing and has yet to present the Scottish public with the detailed information required to enable us to make an informed decision.
I am hopeful, however, that a more meaningful discussion will start to emerge now that both the Scottish and UK governments have started to publish documents illustrating their cases ahead of the vote on September 18, 2014.
I would argue, though, that regardless of whether you are for or against independence, the timing of the referendum could not be worse, coming as it does at the bottom of what has easily been the worst recession for at least a hundred years.

Businesses in Scotland could be subject to higher taxation than those elsewhere in the UK.

For that reason, I would suggest that ‘prudence’ is a word that has become exceptionally valuable in the current global economic situation.