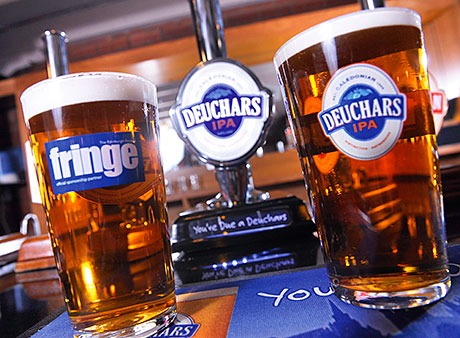 A CONSUMER poll has voted Deuchars IPA as Edinburgh’s favourite ale for the second year running.

The Caledonian Brewery’s India Pale Ale took the number one spot in a poll conducted during the 30 Days of IPA festival, an annual celebration of IPA which took place in the capital last month.
Ale drinkers were able to vote for their preferred IPA in participating Edinburgh pubs, including The Bailie, Ryan’s and the Pear Tree. Festival goers could also rate their top ale online, which is said to have attracted over 1000 votes.
Stephen Crawley, managing director of Caledonian Brewery, said: “Winning this competition two years in a row is brilliant news for Deuchars IPA, not just as it remains favourite in its heartland but because there are so many great IPAs out there to compete with, from both big and small brewers.
“Brewing is our passion and to win this poll is a proud moment for us.”
Deuchars success in the poll comes ahead of this year’s Edinburgh Festival Fringe, which will see the IPA promoted as the ‘ale of the Fringe’ as part of a three year partnership.

Image – Deuchars is the ‘ale of the Fringe’ this year.