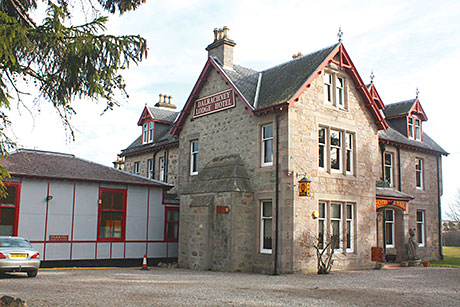 A HOTEL in Carrbridge near Aviemore has changed hands after attracting interest from potential buyers across the UK and Europe.

The Dalrachney Lodge Hotel was sold for an undisclosed sum from an asking price of offers over £495,000
in a deal brokered by ASG Commercial.
Head of commercial sales Paul Hart put the success of the sale down to “sound pricing; and broad market exposure”, which he said led to a number of interested parties keen to make an offer.
Hart said there is “clear and present evidence” that the market
is becoming more buoyant,
claiming the number of commercial enquiries in the Highland regions is up 23% on the same period last year.

Image – The Dalrachney Lodge Hotel attracted interest from around the UK and Europe.