Decisions don’t just bring clarity for those who lodge appeals 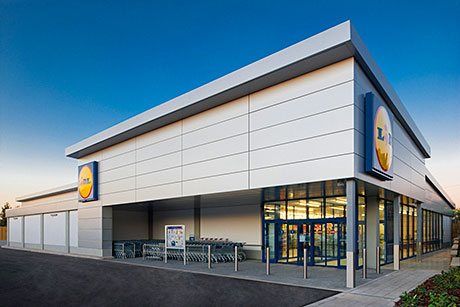 NEWS of the landmark decision in Lidl’s appeal against a licence suspension managed to knock The Herald newspaper’s coverage of the nuclear tensions in the Korean peninsula to the bottom of the front page, giving way to a story headlined “Underage fears as supermarket beats ban”.

So, what causes the major fuss?
Here’s a quick recap on the background.
A duty manager employed by Lidl sold alcohol to a test-purchaser aged 16½. The employee held a personal licence and had been thoroughly trained by the company but simply failed to follow procedures. He was sacked following an investigation.
A second test purchase was passed.

There have been a number of very helpful landmark decisions.

There was no criticism by the licensing board of Lidl’s due diligence systems; the fact the sale had taken place was of itself sufficient to warrant a five-day suspension of the licence.
A sheriff agreed the punishment would have a “deterrent effect” and “send a message” to other operators.
But three judges in the Court of Session reversed the decision, ruling that the suspension couldn’t be justified on the basis of a single underage sale by an employee who had failed to follow instructions.
That approach has deeply divided opinion.
I’m totally in agreement with the “trade source” who told The Herald: “[The decision] makes it clear the courts will not support an ‘over the top’ approach where a licence holder has taken extensive robust steps to prevent underage sales…it will not be welcomed by those who unrealistically seek absolute perfection…but it plainly supports responsible retailers”.
So, what are the “fears”?
Dr Evelyn Gillan, chief executive of Alcohol Focus Scotland, said the sale of alcohol to an underage girl was “not protecting the public or the best interests of young people”.
Well, I have no difficulty with the view that a failed test purchase is bound to be a matter of concern; but I part company with Dr Gillan when she proceeds to suggest that the Lidl ruling meant “you can’t impose sanctions against people when they break the terms of the licence”.
That is a very surprising analysis of the judgment. In fact, it’s plainly wrong.
There cannot be the slightest suggestion that the Court of Session judges have stopped licensing boards taking action in cases where a licence suspension – or even a revocation – is warranted.
Dr Gillan also considered that this was an example of “businesses using their resources to mount legal cases to fight things that are actually for the public good”.
In the same vein, writing in The Scotsman earlier this year, she said the Court of Session challenge to minimum pricing legislation, mounted by the Scottish Whisky Association and others, showed a “blatant disregard for the democratic process”.
Again, not surprisingly, I find myself in total disagreement.
On no view is the “public good” served by punishing conscientious operators who strive to discharge their social responsibilities; and it’s entirely unreasonable, to say the least, that the licensed trade and alcohol industry should keep away from the courts altogether.
For SLTA chief executive Paul Waterson, the recognition of the due diligence defence in the Lidl decision was, of course, to be welcomed.
He also suggested that there was a “two-tier” system which allowed large businesses to go to court, but generated costs well beyond small operators.
It is a regrettable fact that appealing a licensing board’s decision can result in eye-watering costs well beyond the means of many.
But let’s remember that over many years there have been a number of very helpful landmark decisions issued by the courts following appeals taken by major industry players.
The benefit of those decisions doesn’t simply accrue to those who mounted the challenge; the ruling in the Lidl case will benefit the trade as a whole, not just supermarkets and those with large bank balances.

Image – Judges overturned a five-day ban on selling alcohol at a Lidl store.