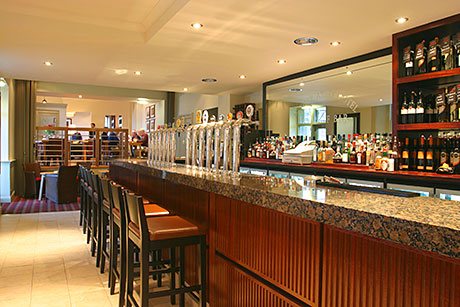 A QUALITY serve delivered by well-trained bar staff is key to keeping the beer taps flowing, operators have told SLTN.

Although the latest Beer Barometer figures from the BBPA show the volume of beer sold in UK pubs is down (see page 27), it seems not all bars have seen a drop in sales.
Owners and managers contacted by SLTN said beer quality and staff training play a key role in maintaining buoyant sales.
David Jardine, manager at the Sheep Heid Inn, said draught beer sales have been consistent at the Edinburgh pub.
“We have a good reputation, which helps,” he said.
“That reputation comes from ensuring quality of serve.
“Maintaining the quality of serve and making sure the perfect serve is poured is essential.”
Jardine was not alone in holding quality of serve as key to maintaining healthy draught sales.
Jamie McLeod of the Fly-Half Bar and Grill in North Berwick said ongoing training for all staff is essential to building a reputation for quality draught beer.
“We train every single person,” he said. “Regardless of experience they have to meet my standard and if it’s not quite there I’ll show them the way I do it.”

We have a good reputation for draught beer and that comes from ensuring quality of serve.

At the Pot Still, on Glasgow’s Hope Street, Brian Murphy said he works with suppliers to ensure staff are maintaining standards.
“We’ve had Tennent’s in and Guinness in and Caledonian and Kelburn making sure their beers and ales are getting looked after,” he said.
“Having branded glassware is important for the public to see you’re serving correctly.
“The brewers feel it’s necessary for the beer and it looks good.”
Murphy’s views on glassware were echoed by Jardine.
“It provides added value for a customer when they can see they’re not being served the product in the wrong glass,” he added.
When it comes to choosing a draught beer range, all three operators advised reserving at least one tap for guest beers to provide variety for customers.
The Sheep Heid Inn has two taps set aside for guest ale rotation, while, at the Fly-Half, there is a total of 14 taps spanning standard and premium lager, craft beers and four real ales.
Draught beer is a big-seller at the North Berwick outlet – and McLeod said sales haven’t been hampered by the economic climate.
“My first instinct would be the price but then probably not at all because our Peroni is an expensive premium lager and it sells well,” he said.
“Brand and brand recognition drive sales. Our craft beers have also been performing well.”
All three operators stressed the importance of promoting the draught beers available in their outlets using point of sale materials.
The Pot Still also runs special craft beer events hosted by different brewers.
“We’ve had Ayr, Caledonian, Strathaven, Kelburn and Loch Lomond in promoting,” added Murphy.

Image – Staff training is key to beer quality at the Fly-Half in North Berwick.