Sales down in first quarter, with on-trade seeing biggest drop 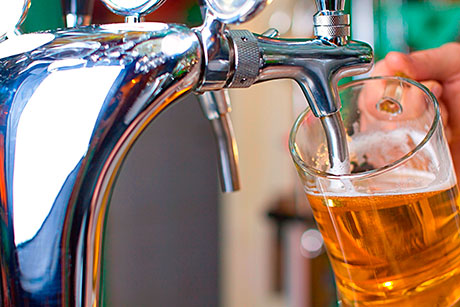 ALONG winter contributed to a drop in on-trade beer sales at the beginning of the year, according to a recent report from the British Beer and Pub Association (BBPA).

The trade group’s latest ‘Beer Barometer’, which tracks volume sales of beer each quarter, recorded a 2.9% drop in beer volumes in the first three months of the year.
The volume of beer sold in the UK’s pubs and bars saw the sharpest decline, according to the study, with on-trade beer volumes down 5.5% in the first three months of 2013 compared to the same period the previous year.
The BBPA said the drop equates to 49.8 million fewer pints served in British pubs.
In comparison, the volume of beer sold in the off-trade in the first three months of this year was up 0.1% on the same period in 2012.
The BBPA attributed the decline in on-trade volumes, in part, to the unusually long winter this year, which it said had a detrimental effect on pub footfall.
Also, the period in question largely preceded the cut in beer duty announced by chancellor George Osborne in the Budget on March 20.
“Beer has a very special place in pubs, and accounts for 68% of pub drinks’ sales,” said BBPA chief executive Brigid Simmonds.
“The duty cut has seen brewers and pub companies passing on the reduction to customers.
“It will encourage brewers and pubs to invest and create jobs.”
While the first quarter decline may have been partially explained by poor weather, it follows an established pattern in recent years.
In fact, according to the Beer Barometer, on-trade beer volumes have fallen in the first quarter of every year since 2003.
The steepest declines were recorded in the first quarter of 2010, when volumes had fallen by 8.3% on the previous year, and in 2008, when volumes dropped 8.1%.
Conservative MP Andrew Griffiths, who chairs the government’s All Party Parliamentary Beer Group, said the most recent figures reinforce the importance of cutting the beer duty escalator.
“These figures show just how important it is that the Treasury supports the brewing industry,” he said.
“By scrapping the beer duty escalator and cutting beer duty for the first time since 1959, I am sure the coalition government is giving the brewing industry a shot in the arm and that this will lead to growth in the sector in the future.”

Image – Beer sales in bars and pubs have been in decline for several years. In the first quarter of 2013 volumes fell 5.5%, according to the BBPA.