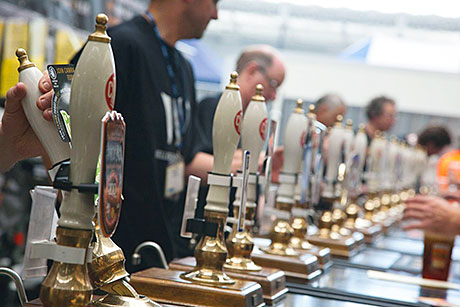 MORE than 3500 cask ale fans are expected to descend on Pittodrie stadium later this month when the venue hosts the Great Grampian Beer Festival.

Taking place from May 30 to June 1, the event will give visitors the chance to sample more than 100 beers, including dark stouts, milds, bitters and speciality beers, from 70 different British breweries, as well as a number of ciders and perries.
This will be the seventh consecutive year the Aberdeen stadium has hosted the event, though the festival itself is in its 27th year.
“Using the football ground makes it easy to cope with the high volume of people we have coming in and out,” said festival organiser Richard Jones.
“That means beer lovers can look forward to a weekend of experiencing new ales and enjoying the fantastic atmosphere that comes with the stadium.”
David McDonald, GM at Sodexo Prestige, which supplies catering and hospitality at Pittodrie, said: “This is a long-running and highly-respected event which attracts real ale lovers from all over the north east and beyond.”