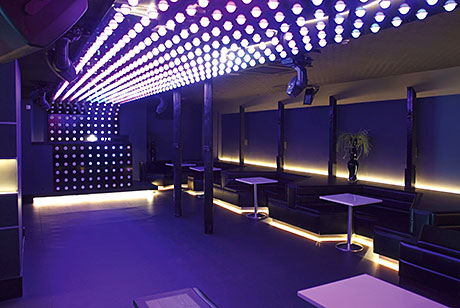 CLUBS in Amsterdam and London provided inspiration for one of the newest additions to Glasgow’s west end circuit.

Chris Lessani and Gary MacCulloch visited venues in the UK capital and beyond as they sought design ideas for The Sanctuary, which launched last month in the former Boho nightclub on Dumbarton Road.
The pair, who set up CLGM Bars, acquired the leasehold of the west end premises last November and continued trading the venue as Boho through the busy Christmas and New Year period, before closing the doors in March for the refurb.

We had to think about what the people using the space would want. What could we do to inspire the customers?

It gave them four months to familiarise themselves with the premises – and finalise their own plans for the 392-capacity venue.
MacCulloch and Lessani appointed James Connor of Composed Design to lead the refurbishment – the main objective of which was to create a venue that would appeal to a broad clientele.
“We had to think about what people using the space want to see,” said Connor.
“What could we do that would inspire the customers?” 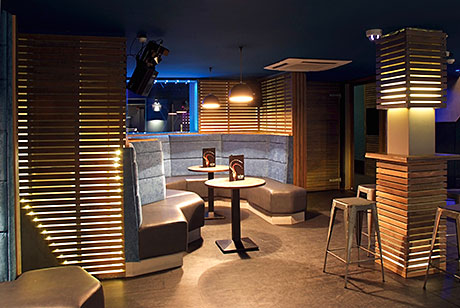 The revamp was completed in three and a half weeks and ultimately saw the original open-plan space converted into a two-room venue offering separate bar and club areas, as well as a new-look VIP room. Lawrence Clark and his team at LGC Construction worked on the fit-out.
The flexible design means the operators can change the layout of the venue depending on the time of day and its function.
During the day customers use the self-contained bar area, which offers no access to the club; at night the layout can be switched, with customers only able to enter the bar area via the club.
The main club space features additional seating alongside the dancefloor as well as two booths, which can be hired. There’s also a VIP room located behind a concealed entrance in the club space; the VIP area was designed in consultation with the firm behind Ciroc vodka, which also offered financial support.
MacCulloch said this space aims to offer exclusivity while still remaining part of the club.
“We wanted to keep the majority of people in the club for atmosphere so we’ve created a secret door,” he said.
“If you’re part of the party you get a key fob for access.”
Marketing manager Mark Nicholson said the creation of two distinct areas was key to taking the venue in a new direction.
“Having the two rooms helps a lot as you can choose what kind of music you want to hear,” he explained.
Technology features heavily throughout the revamped Sanctuary.
A specialist Madrix lighting system comprising 700 LED lights, which the operators claim is the first of its kind in a Scottish club, sits above the dancefloor.
Installed by Scott Cruickshank of Blinding Light, the Madrix system uses software which can be connected to an audio mixing desk to automatically create light displays synchronised with music.
Other lighting features, including new fixtures integrated with booth seating, were provided and installed by Jamie Lunn of Kintronics.
MacCulloch said the lighting gives The Sanctuary a point of difference.
“We’ve only been open a few weeks but customers have been saying it’s great,” he said.
And it’s not just the interior of the venue that has been spruced up.
The outdoor terrace has been completely revamped, and features a log fire, seating for up to 200 people and TV screens, which will show live sporting events.
It also accommodates diners between 12 noon and 8pm, Friday to Sunday, with a menu of Texan BBQ-style “gourmet street food” supplied to The Sanctuary by Glasgow-based Smoak Food. At night, the terrace is used as a smoking area and offers late night food and bar snacks.
On drinks, The Sanctuary majors in premium brands; and a range of draught beers was introduced to coincide with the revamp.
It’s an offer that’s said to have gone down well with a diverse clientele since The Sanctuary opened its doors last month.
The venue is being promoted via a range of marketing channels in a bid to reach new consumers.
By relaxing the dress code and lowering the entrance fee, the team at The Sanctuary aims to attract a younger clientele; they have also contacted student societies at Glasgow’s three major universities and plan to offer mid-week club nights in the near future.
“The idea is we want students to come down and feel comfortable,” added Nicholson. 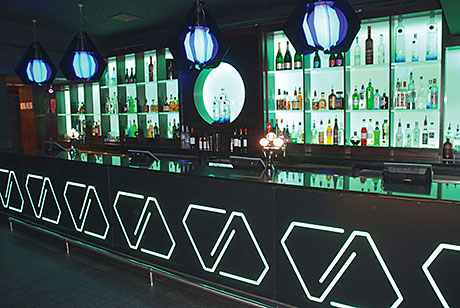 Images – Above, new seating was installed at The Sanctuary in Glasgow as part of the refurbishment.