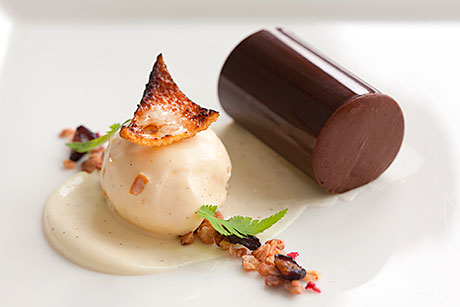 CHEFS from across the Scottish Highlands will have the chance to showcase their skills later this month at a major food and drink festival.

Sean Kelly, of the Lovat hotel in Fort Augustus, Charles Lockley of The Boath House in Nairn and John McCruden of Chapter One in Forres will all appear on stage at the Highland and Moray Food and Drink Festival on Saturday May 18.
The chefs will be providing demonstrations and handing out samples during the festival, which is now in its second year.
Around 50 local food and drink companies will be exhibiting at the show.
“It’s a great opportunity for the area’s food, drink and hospitality businesses to meet and share their offerings to a wider audience,” said Kelly.
“Following the success of the first festival, it’s going to be really exciting to see what organisers have in store. I’m looking forward to creating some delicious culinary delights for everyone who attends.”
The second Highland and Moray Food and Drink Festival takes place at Eden Court Theatre in Inverness on Saturday May 18 from 11am.

Image – Chefs will cook at the festival.