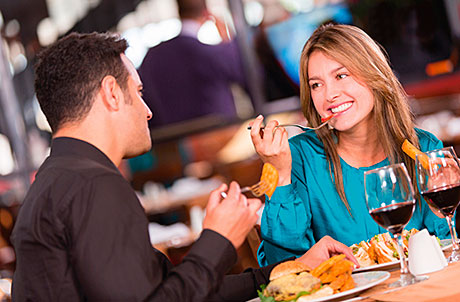 RESTAURATEURS and chefs have increased menu prices by 6% in the last six months in a bid to pass on rising food costs to consumers and off-set the expense of running voucher offers, a new report has claimed.

According to Horizons’ latest Menurama research, which tracks menu changes across 116 chain hotels, pubs and restaurants, the increase in average dish prices in the last six months is the biggest rise of any six-month period since the survey began in 2006.
The average price of a dish across all outlets has risen 6.4% year-on-year, from £6.29 to £6.69, with a 5.7% rise in the past six months, according to the report.
The average cost of a starter is now £5.59 (up 5.6% in the past six months), a main course is now £10.62 (up 7%) and a dessert averages £4.20 (up 4.2%). The increases are “significantly above” RPI inflation of 2.7%.
As well as the rising cost of dishes, the Menurama survey also highlighted a growing trend towards the “premiumisation” of dishes, with operators said to be adding twists to old favourites to make them stand out on the menu.
The survey also noted a rise in the use of food provenance statements.
Describing a menu ingredient as ‘local’ is said to have become one of the top five terms used on menus, joining ‘homemade’, ‘free range’, ‘organic’ and ‘sustainable’.
“Descriptions of food provenance are something Menurama has tracked previously, but operators are now using it far more,” said Nicola Knight, director of services at Horizons.
“This survey was undertaken before the recent horse meat scandal emerged, but because of renewed concerns over food sourcing, particularly meat, we would expect our next survey to show even more effort being made by operators to reassure consumers with details of provenance.”

Image – The cost of eating is said to have risen as chefs seek to pass on rising food costs.