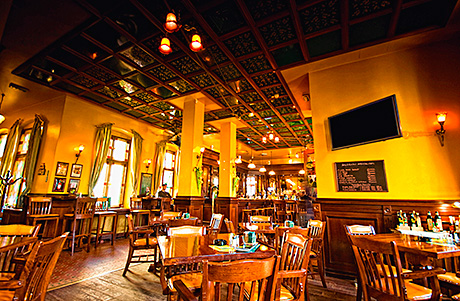 A QUESTION from an SLTN reader raises issues of considerable importance to the trade that can’t be accommodated in the Q&A section, so I’ve decided to give an extended response.

I’m told that a bar and restaurant closed almost two years ago when the licence holder entered administration.
In accordance with the Licensing (Scotland) Act 2005, the licence was transferred to the administrators. Then there was a transfer to the new owner.
It’s important to note, incidentally, that when a company enters administration the transfer application must be lodged within 28 days or the licence will cease to have effect.
The premises in question are being made ready for reopening and the reader asks a number of key questions. Is the licensing board required to “consider the question of saturation, overprovision or an increase in public disorder or an increased danger to personal health” prior to the relaunch?
Must the board allow the property to resume trading with no changes to the licence and can it demand anything of the premises before reopening?
First of all, I’m assuming that the premises licence is in effect and that the annual fee was paid during the closure period.
No doubt the lawyers handling the property and licensing aspects of the acquisition will have made the proper checks, but it’s important to be aware that some licensing boards take the view that an extended closure period can result in the licence lapsing. That’s because of a provision in the 2005 Act stipulating that a licence ‘ceases to have effect’ if the premises ceases to be used for the sale of alcohol.
In my view, that provision only applies where premises have been converted to another use and not where trading has been suspended, even for a lengthy period. Nevertheless, it’s important to be aware of this potential trap.

Some boards take the view that an extended closure can result in the licence lapsing.

Questions of overprovision, public health, and disorder do arise, of course, when an application is made for a new licence, but there are not issues in the context of a transfer.
But I’d always want to be sure that the premises has a ‘clean’ history: in other words, their previous operation hasn’t brought them to the adverse attention of the police, local standards officer or the licensing board.
A savvy operator will always make sure that thorough background checks are made before parting with his cash.
As to the terms of the licence, I can’t see any reason to prevent a reopening on the basis of the operating plan set out in the premises licence without additional demands from the board, unless there are matters to be attended to in terms of imposed conditions.
Checking for any conditions is vital. A breach could land you in trouble. Bear in mind that you must have a premises manager in place who oversees the day-to-day running of the business. The board cannot change the plan’s terms except in the event of a licence review, when they might impose a variation of the operating plan.
It is, however, essential that anyone taking over premises is fully acquainted with the permitted activities, not just the licensed hours. For example, are children and young persons allowed entry and, if so, on what terms? If it’s intended to provide entertainment, does the operating plan allow this? Are off-sales permitted?
Consider also whether outdoor drinking is a permitted activity rather than have a beer garden closed down on the first sunny day of the year.
If the plan does not cater for what’s now proposed then it will be necessary to lodge a variation application with the board. If the variation is major, and that’s often the case, the process could take months and deprive you of budgeted income in the interval.
Finally, my message to those contemplating the purchase of licensed premises is simple: take professional advice before entering into a contract, otherwise you might end up buying the proverbial pig in a poke.

Image – Operators should carry out thorough background checks on premises.