WETHERSPOON boss Tim Martin has accused fellow pubco Greene King of being “frightened of competition” after it sought a judicial review against a pub it plans to open in Stirling.

Martin hit out after the brewer and pub group, which owns Belhaven, applied for a judicial review of Stirling licensing board’s decision to grant Wetherspoon a licence for a disused shop on the town’s Spitall Street.
Belhaven’s pubs division has seven outlets in Stirling, including No 2 Baker Street, Drouthy Neebors and Molly Malones.
Martin, who is chairman of Wetherspoon, which has 800 pubs in the UK, 55 of which are in Scotland, accused Greene King of “seeking to preserve a local monopoly”. 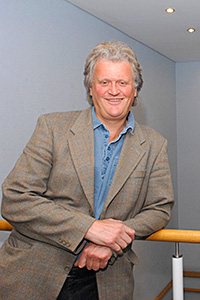 “I do not feel it is right for competitors to try and prevent Wetherspoon from opening a new pub,” he said.
“It is a throwback to the 1980s when the major brewers tried to stop Wetherspoon and other companies opening up close to their pubs.
“These attempts to stifle competition were important factors in the investigation of the industry by the Monopolies Commission more than 20 years ago.
“It seems to me that Greene King are frightened of competition and are seeking to preserve a local monopoly in Stirling.
“The strange thing is that Wetherspoon is Greene King’s biggest customer and we have traded with them for more than 30 years, so we are more than a little surprised by their actions.”
When contacted by SLTN, Greene King refused to comment.
A spokeswoman for Stirling licensing board said: “An application for a judicial review has been made against the decision of Stirling licensing board on September 10, 2012, to grant a premises licence to Wetherspoon. There is a court hearing scheduled for May 2, 2013.”
Wetherspoon is seeking planning permission for a second site in Stirling – former retail and office space on King Street.