TWO licensed premises in Dundee have been taken on by new owners almost two years after the collapse of their former parent company.

City pubs The Town and Coyle’s Bar were both formerly part of the R&L group, a company that had more than 200 pubs across the UK when it went into administration in early 2011.
The Town, said to be in an “excellent trading condition”, is located in Dundee city centre, close to the Overgate shopping centre, and has been purchased by Park Leisure, a local company that owns several other outlets around the city.
Park Leisure has renamed the bar Nicols.

Most of the former R&L estate has been sold or is under offer.

Coyle’s Bar, meanwhile, has been purchased by a property developer, who has embarked on a refurbishment of the premises.
The pub is located west of the city centre, close to the universities and student residential areas.
The sales were handled by Christie & Co, which has been marketing the former R&L estate on behalf of the administrators since March 2011.
Barry McNeil, associate director at Christie & Co’s Edinburgh office, who handled the sales, said: “The vast majority of the pubs (over 200) have been sold, are under offer or have been moved into a core estate. This disposal campaign has been carried out on behalf of Barclays Capital and Deloitte.”

Image – Dundee pubs Coyle’s Bar (top) and The Town, formerly part of the R&L estate, have both been taken on by new owners. 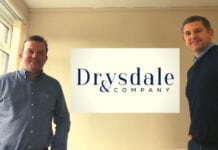