Industry must work together to exploit potential of 2014 events 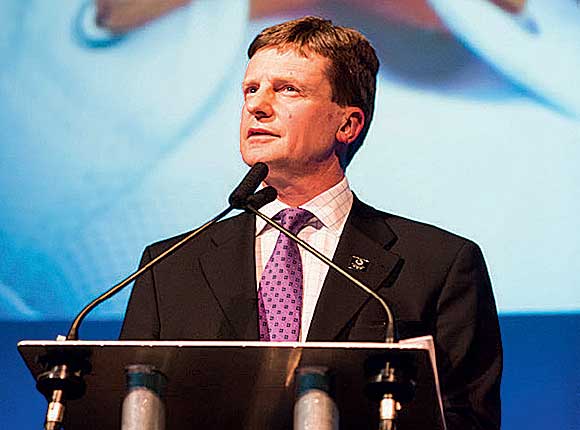 SCOTLAND’S hospitality industry must work together if it’s to exploit the full potential of the Commonwealth Games and Ryder Cup next year.

That was the message from the Scottish Tourism Alliance earlier this month at its annual Scottish Tourism Week Signature Conference.
More than 300 members of the Scottish hospitality industry attended the conference at Glasgow Science Centre, where they heard from a number of speakers including VisitScotland chairman Mike Cantlay, tourism minister Fergus Ewing MSP and Gordon Arthur, director of communications and marketing for Glasgow 2014.
Addressing the conference, Arthur said that, with the Commonwealth Games just around the corner, hospitality and tourism businesses should now be planning ahead.
“By working in partnership, we can maximise the opportunities to promote Glasgow and Scotland in the run up to the games,” he said.
“And then during the games we can deliver a world class visitor experience through providing top class accommodation and service, and through outstanding food and drink; together we can make these games the best for all of Scotland.
“The key thing is to start planning today.
“To make the most of this legacy we need to maximise the benefits the games present before, during and after the event.”
Describing the Commonwealth Games as “the biggest party that Scotland has ever hosted”, Arthur said the increased number of visitors will provide a boost to hospitality businesses across Scotland.
“Our streets will be buzzing with visitors, bringing business to pubs, bars, hotels and restaurants and all of our attractions, and I can absolutely assure you that the message from all of us will be that Glasgow and Scotland are open for business,” he said.
VisitScotland chair Mike Cantly spoke about the lasting impact of the 2014 sporting events on Scotland.
“The Ryder Cup’s in Gleneagles, but we’ll be sharing the bulk of the accommodation between Edinburgh and Glasgow,” he said.
“It takes longer by tube to get from London Heathrow to London than it does to get between Edinburgh and Glasgow. It’s going to come down all the time.
“Edinburgh and Glasgow, as your biggest cities, are leading individual cities in the world of tourism. Imagine the power as we come forever closer together.”
Tourism minister Fergus Ewing praised the hospitality and tourism industries at the conference, saying the standard of food and drink in Scotland is now “truly remarkable”.
Scottish Tourism Week also saw the launch of a new “one stop shop” for visitors to Glasgow.
Scots athlete Lee McConnell and Fergus Ewing MSP opened the new state-of-the-art VisitScotland Information Centre on Buchanan Street.