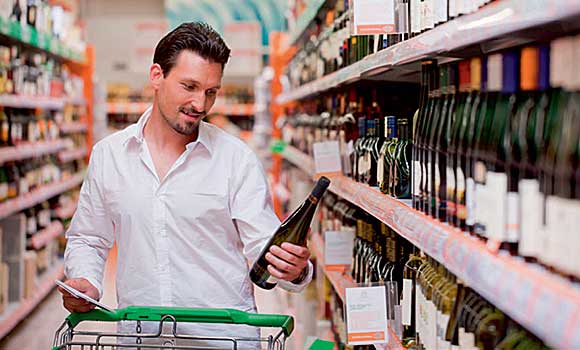 THE Scottish Government has reiterated its commitment to introducing a minimum price for alcohol as plans for a similar policy down south appear to have faltered.

Scottish health secretary Alex Neil said that the Scottish Government has a “firm commitment” to minimum unit pricing for alcohol, regardless of what happens in England.
Last week it emerged that prime minister David Cameron was facing opposition to his minimum pricing plans from within his own party, with several Conservative MPs speaking out openly against the proposals.
At Prime Minister’s Questions after the opposition emerged, Cameron said he was “absolutely determined” to deal with deeply discounted alcohol in supermarkets and other stores, but did not mention minimum pricing.
“We published proposals, we are looking at the consultation and the results to those proposals, but be in no doubt, we’ve got to deal with the problem of having 20p or 25p cans of lager available in supermarkets,” said the prime minister.
“It’s got to change.”
In a statement from the Scottish Government, Neil said the SNP will continue with its plans to introduce a 50p per unit minimum price, regardless of what happens down south.
“We remain steadfastly committed to the benefits which minimum unit pricing will bring,” he said.
“The policy has the overwhelming support of the Scottish Parliament with the Alcohol (Minimum Pricing) (Scotland) Act 2012 passed unopposed in May 2012.”
SLTA chief executive Paul Waterson said although UK-wide minimum pricing would be preferable, an introduction in Scotland will still be positive news for the pub industry.
“We believe it’s a good idea and it will certainly help control some of the indiscretions of the supermarkets and we’d like to see it throughout the United Kingdom and Ireland,” said Waterson.
However, plans to implement a minimum unit price in Scotland have been held up following a legal challenge by the Scotch Whisky Association. A judgement is expected within the next three months following a hearing at the Court of Session in Edinburgh in January.
Campbell Evans, government and communications director at the Scotch Whisky Association, said minimum pricing “would be ineffective as it would not target the 30% of the heaviest drinkers who consume 80% of the alcohol sold and it would lead to copycat measures overseas which would damage Scotch whisky exports”.
“For those reasons, we would be pleased if the UK government does decide to shelve its plans for MUP,” he said.
“However, we remain committed to tackling alcohol misuse using legal and effective measures.”

Image – Plans to introduce a minimum price for alcohol in England appear to have faltered.