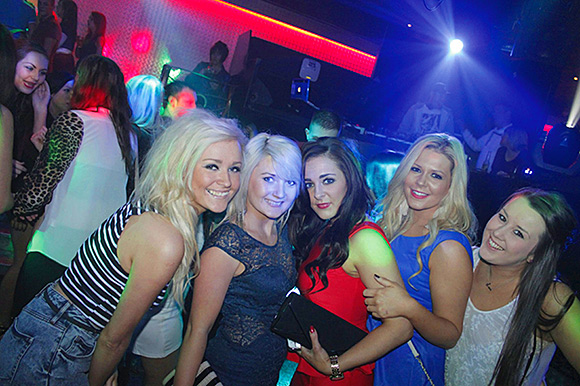 PROFESSIONALS and families are not the only ones feeling the pinch in these austere times.

According to bar and nightclub operators contacted by SLTN, pricing and value for money have also become key factors among younger customers.
The operators of three venues across Scotland said price is now a major factor in the purchasing decisions of their young adult customers.

In the last two years, people have started looking at price a lot more.

Douglas Cramb, assistant manager at Maclay Inns venue The Rule in St Andrews, said there is now a real emphasis on value for money, which he said has become a much bigger consideration with young adult customers.
“Particularly with the economic downturn, people are looking for value for money and the more they can get for their money the better,” he said.
As a result, Cramb said cocktail pitchers are one example of drinks that have become more popular at The Rule.
“They [young adults] are very much interested in pitchers – where they feel they are getting more for their money,” he explained.
“It’s by no means strong in terms of alcohol, but it’s essentially a cocktail for four people for £2.50 each.”
A strong food offer is another way to add value, with Cramb saying more venues in St Andrews are now offering food as a way to entice younger customers to stay for longer.
It’s not just the case in St Andrews.
Publicans elsewhere in Scotland are using food to appeal to the younger end of the market.
William Paterson, of Nicky Tams Bar and Bothy in Stirling, said he offers students discounts on food.
“I would say over the last two years people are looking at price a lot more,” he said.
“They’re looking for their money to go a little bit further. We promote fresh food and give the students a good discount off that, which helps.”
Paterson has also looked to establish a point of difference for his pub by introducing beers from local breweries – a move he said has proved popular with young adults.

People are keen on cocktail pitchers as they think they are getting more for their money.

Younger consumers are also choosing other bottled products, such as Tequila-flavoured beer Desperados, Jeremiah Weed and Kopparberg cider, he said.
In Ayr, Paul Spencer, manager of the town’s Club de Mar, has removed draught beer from the outlet altogether due to the popularity of bottled products. Vodka, ‘Jagerbombs’ and Sourz also sell well in the club, he said.
As fickle as the market can be, however, Spencer highlighted one brand he reckons has stood the test of time.
“30 years ago, Stella [Artois] was the first [brand] I introduced into a club I was working in and it’s still selling now so people obviously like it,” he said.

Image – Young adults know how to party, but even this group in Ayr’s Club de Mar is looking for best value on a night out. 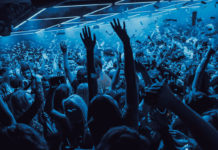 Nation’s clubs are fountains of youth

Tapping into a young market