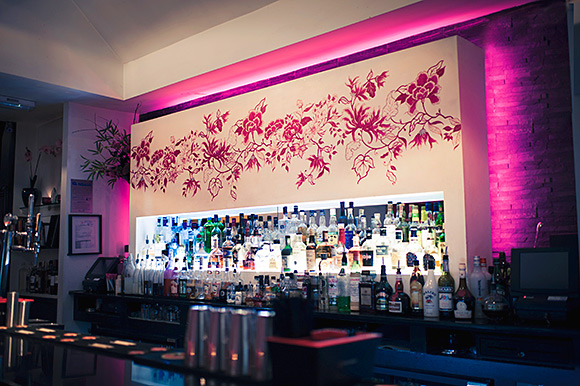 ON the surface, mechanical engineering and the licensed trade might seem as disparate as two careers can be.

And yet it was while studying the former that Ben Iravani discovered his love for the latter.
The director of the reigning SLTN Cocktail Bar of the Year, in association with Angostura Bitters, began his trade career in Aberdeen while studying mechanical engineering.
Although initially a part-time job, bar work soon became a passion for Iravani – so much so that he went on to launch Orchid in the granite city in 2009.
“The philosophy of the place was to bring some classy late night drinking to Aberdeen – somewhere nice and upmarket to drink cocktails,” Iravani told SLTN. “It was clearly happening on George Street in Edinburgh and lots of other cities, but Aberdeen just seemed to be lacking a bit.
“Dusk [Aberdeen cocktail bar] was already doing that, so I thought there was a [demand] for it, and through the bars I had worked in up this end of town I knew there was a market for it.”
Iravani set out to give Orchid a point of difference to other bars in the city.
The cocktail menu, which changes several times a year, is split into different sections, including classics, ladies’ choice, house cocktails and savoury drinks.
The latter is, perhaps, the most unusual section of the list and includes drinks like the Duck Fat Martini and the Avocado and Black Pepper Daiquiri.
Unusual the savoury cocktails may be, but Iravani was quick to stress that the success of any drink comes down to quality and consistency.
“My philosophy is that you can make as outrageous drinks as you want, but they still have to taste really good,” he said.
“They have to be delicious drinks.”
The sheer range of cocktails on Orchid’s list was one of the factors that swung the SLTN Award in its favour, according to Sean Duprey, business development executive at sponsor Angostura Bitters.
“Orchid was selected as the SLTN Cocktail Bar of the Year because it had all the winning ingredients needed, including a mix of well-trained and experienced bartenders, an innovative yet approachable cocktail selection wrapped in a very chic and stylish venue.”
Staff input is a key part of the process when reviewing the bar’s cocktail list, according to Iravani, with each member of the team given the opportunity to suggest new recipes and flavours. Ahead of each menu change the team is called into the bar and spends a day mixing drinks and experimenting with spirits and brands.
Between these sessions the team is able to exchange recipes and information through the staff Facebook page, as well as jotting down interesting drinks in Orchid’s cocktail book.
Initially conceived as a way to ensure Orchid’s bartenders were creating classic cocktails to the same recipes, the book has become an ongoing project for the bar, containing a number of recipes for cocktails and other staff-made products such as syrups. As well as the ingredients and techniques for these recipes, the book also notes the background of each cocktail.
The ultimate goal, said Iravani, is to have the book published. An Orchid book on shelves could tie into a wider ambition to grow the bar’s reputation outside of its native Aberdeen.
However, Iravani seems to be in no rush to open Orchid bars in other parts of the country.
“I think we’ve got a really good community in Aberdeen,” he said. “Everyone is friendly and we’ve got the Aberdeen Bartenders’ Community online and on Facebook.
“Because there’s a lot of money in Aberdeen with the oil and gas industry there’s a lot happening up here.
“So while a lot of other cities in the UK might be at a standstill, when it comes to the economy Aberdeen’s in its own little bubble. So because there’s a lot of money up here there’s a lot of money getting spent on drinks, which means that there’s business for us.” 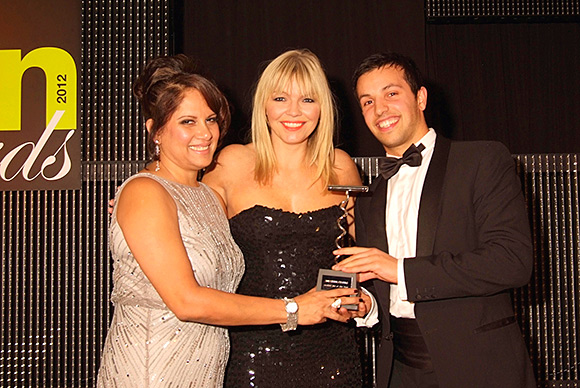 Image – Style and substance: Top, Orchid’s back bar and above, director Ben Iravani collecting the Cocktail Bar of the Year award at the 2012 SLTN Awards.

A cocktail for all tastes: