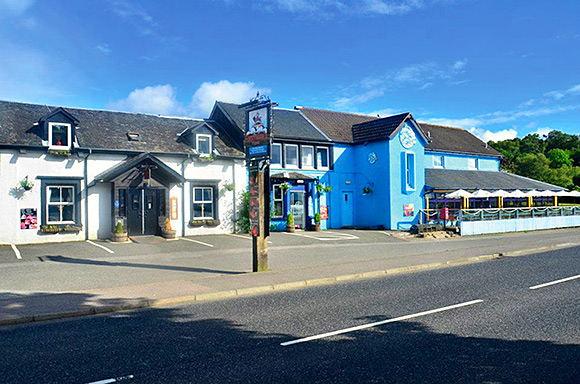 A NEW management team is revamping an established inn on the west coast of Scotland.

Richey James and Nicola Beedie, previously manager and assistant manager of Glasgow’s Mussel Inn, have been appointed general manager and assistant GM respectively at The Oyster Inn and Ferryman’s Bar in Connel, near Oban.
The pair took over the running of the hotel, pub and restaurant business, which is owned by businessmen Maurice Heron and Peter Fairlie, late last year and are in the process of revamping the outlet, which has traded as the Oyster Inn for around ten years but has been in operation in one form or another for over two centuries.
Speaking to SLTN, James said the team has been focusing on the local market since taking control of the business.
“There aren’t many places in Connel so this place should be where everyone goes,” he said.
“We’re just getting the interest back in the place, and then the next step is to take the restaurant forward – make it somewhere you’re going to get good value for money, interesting dishes and somewhere that people want to come and enjoy their food.
“It should be exciting. It’s been a few years since they’ve done anything in the restaurant so it will give that extra lift to the local community and other people looking to come here.”
The team has already revamped the menu at the Ferryman’s Bar, while the restaurant, which is closed over the winter months, is set for a significant refurbishment and a new menu ahead of its relaunch in spring.
“We’ve taken the old [bar] menu and made sure we keep a few things on it,” said James.
“We’ve changed the style; we’ve re-written it, added new sauces for mussels and oysters, put our own Cullen Skink on and generally put a twist on everything.”
Although it has still to be developed, James said the new restaurant menu will major in “good, hearty Scottish food”, with an emphasis on seafood.

We’ve kept some dishes on the menu, added some new ones and put a twist on everything.

The drinks list, too, will be grown in the coming months as the team looks to introduce more premium and craft products. James and Beedie are working with supplier Inverarity Morton on building the new list.
“We’ll make the drinks list more interesting, keeping the standard drinks that everyone knows and likes and then adding extra ones to make it more exciting,” added James.
“We’re trying to bring a bit of the city to the coast.” 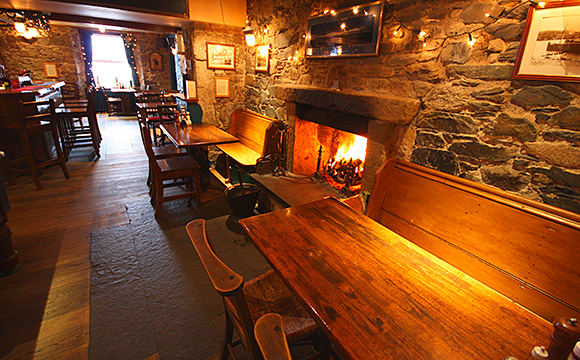 Images – Changed days: The Oyster Inn and Ferryman’s Bar in Connel, near Oban, is under new management. The menu in the Ferryman’s Bar has been revamped with a “twist” on traditional dishes.