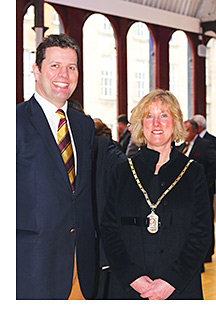 A DRINKS industry networking group has appointed its first female president in the club’s 54-year history.

Caroline Dewar has taken the reins at the 49 Wine & Spirit Club, whose members include senior managers and directors in the drinks and hospitality industries, and suppliers.
Dewar, who has her own business specialising in tastings, dinners and education for consumers and the trade, is joined by Guy Chatfield, regional sales manager for Scotland and the north at Boutinot Wines, who has been appointed vice-president.
The club hosts monthly events for its members where they can hear from wine, beer and spirits industry speakers and participate in tastings.
“Our members and committee are great people from a wide spread of outlets in our industries,” said Dewar.
“My aim for this year is to expand our numbers to include even more of our trade colleagues to enrich our events.”