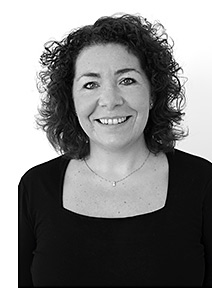 HERE we are again.
The Budget is less than two weeks away and the prospect of yet another duty hike looms large over the trade.
With the economy still in the doldrums and consumers keeping a firm grip on the purse strings, the last thing licensees need is to up the price of a pint or a glass of wine.
But that’s exactly what they will be faced with if chancellor George Osborne presses ahead with the controversial duty escalator when he reveals the contents of his red box on March 20.
Under the escalator, introduced by the Labour government in 2008 and continued by the coalition, alcohol tax increases by 2% above the rate of inflation. It’s a policy that has sent the duty on wine, spirits and beer soaring by around 40% since its inception.
Enough is enough as far as the trade and consumers are concerned.
The Tax Payers’ Alliance has launched a major offensive with its Mash Beer Tax campaign, calling on the chancellor to freeze duty and bin the escalator. It’s been backed by the Wine and Spirit Trade Association and the Forum of Private Business.
Beer groups the BBPA, SIBA and CAMRA, backed by 60 MPs, delivered their ‘message in a barrel’ to the chancellor last week.
And an online petition calling for the duty escalator to be scrapped closed last month with 108,829 signatures.
There is, as the saying goes, strength in numbers. With so many voices singing from the same hymn sheet, let’s hope the chancellor sits up and takes notice.