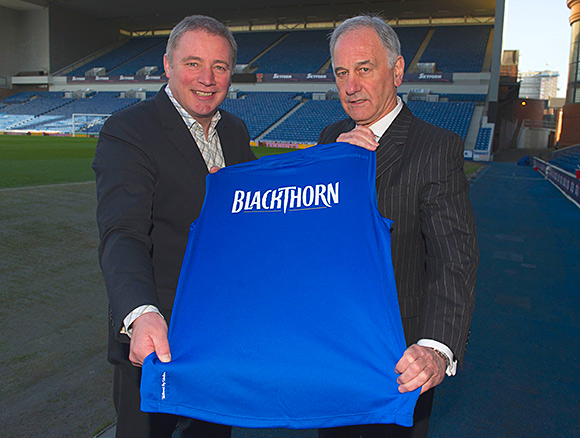 The new deal will see Blackthorn, which C&C acquired in 2010 when it bought the Gaymer Cider Company, replace Tennent’s, also owned by C&C Group, on Rangers’ shirts from the start of the 2013/14 season. Tennent’s was previously the main sponsor of both Old Firm clubs, which have shared a shirt sponsor since 1999.
Paolo Mortarotti, MD of the Shepton Mallet Cider Company, a division of C&C Group, said: “The Rangers fans’ reaction to the club’s recent troubles has been remarkable and we are immensely proud to partner with the club.”