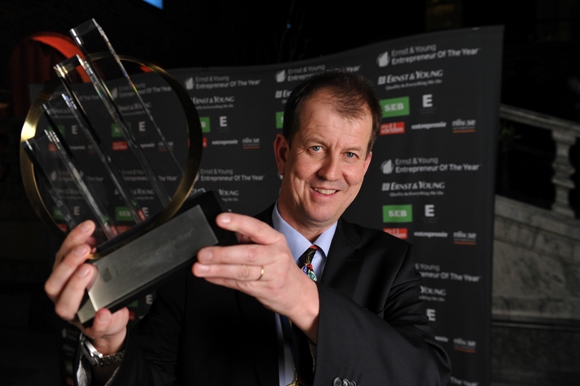 THE owner of Kopparberg Brewery has won a top business award in Sweden.

Peter Bronsman was awarded Sweden’s Entrepreneur of the Year Award by Ernst & Young, and will now go forward to the world finals in Monte Carlo later this spring.
Bronsman, who took ownership of the business in 1994, is credited with driving “significant growth”, building a portfolio of brands and achieving distribution in over 30 countries.
Bronsman said he is “humbled” by the award.
“It’s important to also recognise the time, dedication and energy invested by the wider team to make this business the success that it has become today,” he said.