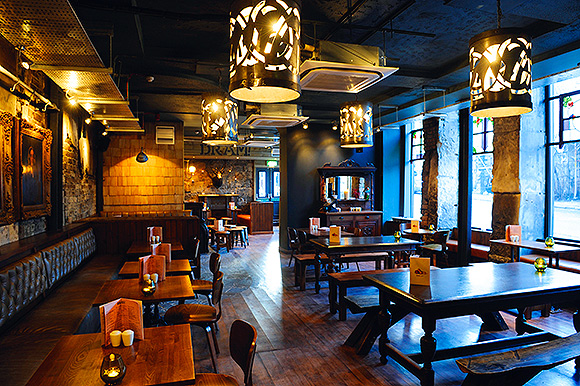 A PUB company that owns seven outlets managed by Alloa-based Maclay Inns is up for sale, writes Gillian McKenzie.

Thistle Pub Company III (TPC3), which includes Clockwork Beer Company and Dram in Glasgow, Canal Station in Paisley, Dog House in Balloch, the Laird & Dog in Lasswade, The Steading in Edinburgh and the Wheel Inn in Perth, was set up in 2006 as an Enterprise Investment Scheme (EIS), which offers tax reliefs to investors buying shares.
The scheme gave Maclay the funds to buy the properties and manage them on behalf of the investors.
The current management contract with Maclay, which operates 27 pubs across Scotland, expires this year. But prior to its renegotiation the directors of Thistle Pub Company III have put the business up for sale to “test the market”.
A spokeswoman for Maclay Inns said it is “business as usual” for the outlets.
“The business is a successful going concern but prior to the negotiation of a new contract, the TPC3 directors are committed to its shareholders to test the market for any offers to buy the business,” she said.
“This is a normal commercial exercise as planned under the TPC3 EIS prospectus and agreements of 2006.
“The shareholders, who are the investors that have successfully created the seven-pub portfolio, will determine whether to accept any good offer, or continue the business as a going concern TPC3 EIS.
“Whatever is the result of the market testing going on in the background, and remembering the shareholders are under no pressure to sell, it will be ‘continuing business as usual with trading unaffected’ in our fine portfolio of pubs successfully operating in the pub-restaurant growth sector of the Scottish pubs market.”
Maclay’s portfolio also includes the recently-launched Munro’s in Glasgow’s west end. The pub, based in the former Captain’s Rest, is the firm’s first under the funding and supply deal with Tennent Caledonian Breweries agreed last March. Munro’s opened on Great Western Road on February 14 following a £400,000 refurb. Maclay is also set to open a pub in Broughty Ferry after it acquired the former Robertsons retail/restaurant site in the Dundee suburb.

Image – Dram on Glasgow’s Woodlands Road is one of seven outlets in Thistle Pub Company III.