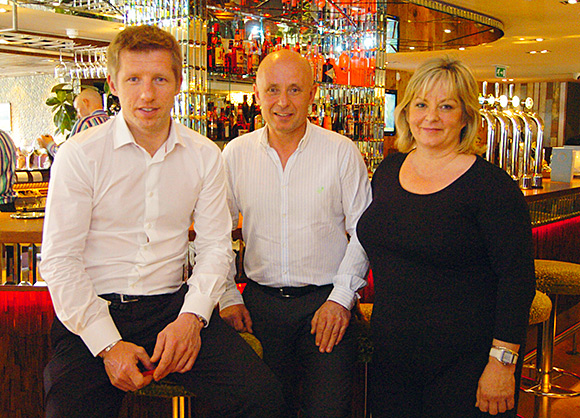 THE hot topic of Scottish independence and its potential ramifications for the wholesale sector will be discussed at this summer’s annual gathering of the Scottish Wholesale Association (SWA).

The SWA has lined up a high-profile programme of speakers to debate the key business issues around the independence debate and what the 2014 referendum will mean for the economy, whether a yes or a no vote is delivered at the polls.
Confirmed to chair the event is respected journalist and commentator Bill Jamieson, executive editor of The Scotsman, who will discuss what independence or retaining the status the quo might mean for companies based in Scotland and the UK, including southern-based firms that supply Scottish wholesalers.
The Big Debate marks a change of format for the SWA conference, and kick-starts a three day-event at Crieff Hydro from June 14-16 that will also feature contributions from wholesalers, suppliers and the on-trade in the shape of Colin Blair, co-owner of Buzzworks Holdings, the operator of several bars and restaurants in Ayrshire.
Other speakers lined up to appear include Dundee-born Chris van der Kuyl, who is said to represent a new breed of entrepreneur in Scotland, and Falklands War veteran Simon Weston OBE. Van der Kuyl founded computer games firm VIS Entertainment in the 1990s before being headhunted by DC Thomson to run brightsolid, its digital publishing and technology businesses, while Weston, who suffered 46% burns when the Sir Galahad was sunk at Bluff Cove in 1982, is a renowned motivational speaker.
SWA president George Benson said the format changes are about “keeping our conference fresh and relevant”.
“Once again we have secured an exceptional group of speakers and captains of industry for our business presentations and the subject of our debate – independence – couldn’t be more topical,” he said.
“Whatever your personal view on independence, and whatever the outcome, there will undoubtedly be implications for Scottish businesses, UK businesses with divisions in Scotland and the suppliers with whom wholesale members do business.
“Would independence change the way we all do business? Or would it create opportunities?
“And if Scotland chooses not to go down the independence route in 2014, what does it mean?
“These are some of the issues we will be discussing in The Big Debate.”
• Speakers booked to appear at the 2013 SWA conference include: John Forteith, senior partner at Forteith Foodservice; Booker general manager Michael McCrossan; Billy Bell, MD of wine merchant Wine Importers; and Scotland Food & Drink chief executive James Withers.
Visit www.scottishwholesale.co.uk for more information.