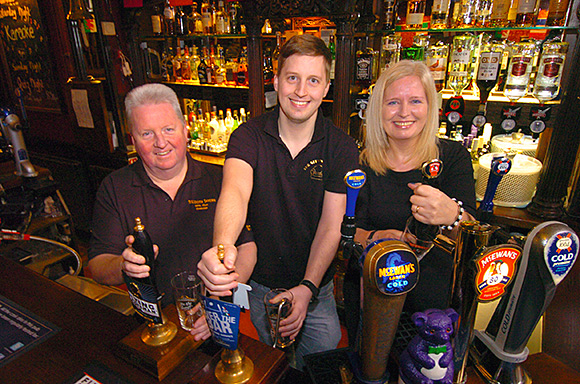 EDINBURGH lessees Laura and Nigel Hyson are set to take on their second outlet with Star Pubs & Bars under its recently-launched business start-up agreement.

The husband and wife team, who together with hospitality and tourism graduate son Mark have run the Tolbooth Tavern on the capital’s Canongate for almost two years, have been operating the former Centre Court community pub in Craiglockhart on a short-term agreement with the pubco for the past five months.
Having given the pub a facelift, changed its name to the Sitting Room and tweaked the offer, turnover is said to have climbed 40% – and the Hysons are now set to take the community bar on under Star Pubs & Bars’ start-up deal, which the pubco introduced last November.
Nigel told SLTN the three-year lease deal, which offers low-cost entry and allows operators to terminate their contract with three months’ notice at any time, offers greater flexibility.
“We were keen to take on a second pub,” he said.
“Laura runs the Tolbooth and Mark had finished university and was working with her.
“We looked around and [the former] Centre Court was available so we took it on a short-term basis.
“Star Pubs & Bars had spent a lot of money on it so we just gave it a facelift – painted inside and out and changed the name to signal a fresh start.
“A lot of people have come in out of curiosity and the challenge for us is to make sure they keep coming back.
“We’ve done 20 weeks and we’re up 40% on what it was doing before.
“There’s still a long way to go but it’s a long-term project. It’s a community pub and we need to get people from the community coming in.”
That the Sitting Room is a different style of outlet to the Tolbooth Tavern was part of the attraction for the Hysons.
The traditional Canongate pub, where Laura had worked for six years before they took on a five-year lease in March 2011, is popular with tourists and food constitutes a large part of the offer.
“It’s two different challenges for us, which is great,” said Nigel.
“And it’s good to have the support from Star Pubs & Bars.
“Our BDM is never more than a phone call away.
“It’s a good balance. It’s your own pub but it’s nice to know they’re there if you need them.
“And between the three of us [Nigel, Laura and Mark] it’s working well. It’s a good little team.”