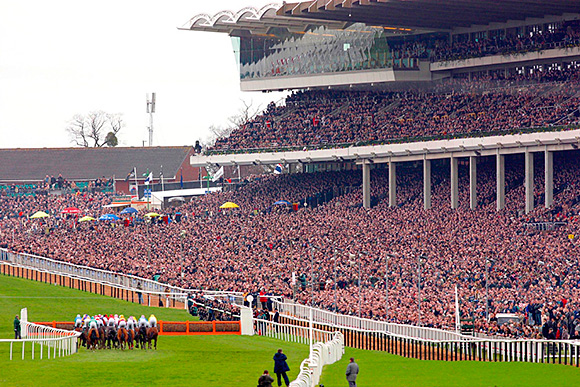 And this year’s four-day festival is shaping up to be one of the best in recent years – which could bring a welcome boost to trade for pubs showing the fixtures.
The Gloucestershire meeting, which signals the start of the jump season, gets underway on March 12 with Champion Day, followed by Ladies Day on the 13th and St Patrick’s Thursday on March 14, the latter featuring the Ladbrokes World Hurdle and Ryanair Chase. The four-day festival draws to a close on Friday March 15 with the Betfred Cheltenham Gold Cup.
The festival is billed as four days of drama, excitement and entertainment.
And it seems this year won’t disappoint.
Hurricane Fly is looking to regain his crown as champion hurdler while the Gold Cup market looks wide open, with the likes of Bobs Worth, Sir Des Champs and former winner Long Run set to do battle.
The Arkle trophy also looks set to be an exciting clash between Simonsig and Overturn, both of whom are unbeaten chasers this season.
One of the most open races of this year’s Festival looks to be the World Hurdle, after the mighty Big Bucks was ruled out through injury. With a record 61 entries, the race is said to be wide open.
Paul Nicholls will be hoping he can repeat his National triumph of 2012 with the versatile Tidal Bay. However, Seabass will be standing in his way as he hopes to improve on his third place finish of last year, as will the Welsh Grand National runner-up, Teaforthree, who is likely to be the mount of AP McCoy.
With four days of horse racing action culminating in the Cheltenham Gold Cup, pubs that show the fixtures stand to benefit.
From simply screening the races to running tipster competitions in the pub – the event is expected to bring a boost for licensed premises.
“For one week in March, horse racing, the UK’s second most-attended sport, will help thousands of publicans generate their best week of trade for the year,” said a spokesman for Racing UK, which will broadcast all 27 races from Cheltenham live.
“In 2012, the Cheltenham Festival attracted 237,269 visitors to the racecourse and the meeting saw the largest consumption of Guinness in any one place (for a week’s period).
“Surely the pinnacle of the jumps racing calendar, it is the biggest sporting week for pubs in 2013.
“The unique thing about the festival is that it truly represents, for the right pub, a four-day opportunity to entertain customers for extended hours over a mid-week period.

“Horse racing and the licensed trade share a long history of proud association and the sport of racing is well-placed for a pub audience.
“Races are scheduled around 30 minutes apart, which is enough time for the customer to have a pint and to place a bet!”

Get ready for a year of racing

Image – Top, Thousands will flock to Cheltenham Racecourse in Gloucestershire next month for this year’s Festival.

Turn a fly half into an all day affair

Who’ll be the master in Augusta?

Getting in shape for the season