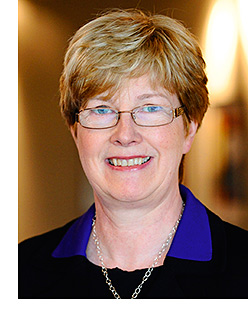 THE Scottish Government has missed a trick by failing to deal with the practical failings of the current licensing system in its latest consultation.

Licensing solicitors expressed frustration last week that no mention is made in the Further Options for Alcohol Licensing document of the problems legal practitioners face when dealing with licence transfers and provisional licences, and also the inconvenience caused by compulsory premises licence reviews for health and safety convictions.
Audrey Ferrie, of law firm Pinsent Masons, lamented that the consultation omitted “the opportunity to correct the transfer provisions which are incomplete and unworkable”.
Ferrie also expressed frustration over the lack of action on “the confirmation process, which is a shambles and means that numerous occasional applications need to be made to cover the gap between completion of the premises and the granting of the confirmation”, and called for procedures to be standardised “to reduce the mountain of paperwork facing licensees and boards”.
TLT’s Stephen McGowan also hit out at ministers for not improving the system regarding transfer provisions and provisional licenses, “which the trade and licensing lawyers have been shouting about for years”, while Hill Brown’s Audrey Junner said time should have been called on compulsory reviews for health and safety convictions, which she described as “an unnecessary drain on both board resources and trade pockets”.