Sales of accommodation businesses up 25% in Scotland last year 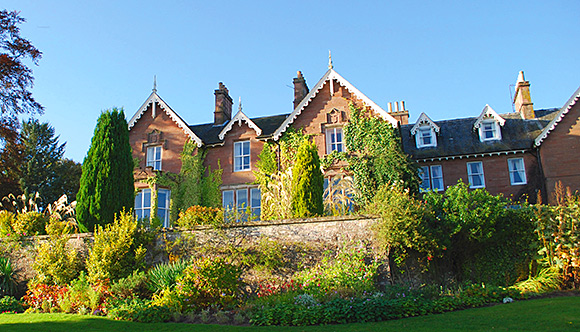 LESS than a quarter of hotels in Scotland sold last year were ‘distress’ sales, according to new research by Colliers International.

The property agent recorded a 25% increase in hotel sales north of the border in 2012 compared to the previous year, with 20% of those classed as ‘distressed’ transactions – a figure said to be similar to 2011.
Colliers said the combined value of hotel sales in Scotland was more than £12.5 million, with 50% of those sold to first-time operators – a figure also said to be in line with the previous 12 months.
Alistair Letham, director at Colliers International in Scotland, said the increase in the volume of sales reflects the “realistic expectations” of both buyers and sellers.
“We expect to see a continuing increase in hotel sales transactions in Scotland this year,” he said.
“New hotel development in Scotland is back on the agenda, with the Commonwealth Games and Ryder Cup next year, set to provide a much-welcome boost for the sector.”
The research by the property agent also revealed at 26% of UK hotel sales in 2012 were distressed transactions, with the vast majority of deals involving new entrants to the market or expansion by existing hoteliers.
Julian Troup, head of Colliers International hotels, said the findings challenge the widely-held belief that most hotel deals stemmed from administration or receivership.
“Despite these challenging times, we’re encouraged by the increase in the number of new buyers who saw the opportunity to invest in the hotel market after taking a long-term view on an improvement in real estate and recognising the immediacy of trading gains under their ownership,” he said.
“Although there continue to be sellers that have to dispose of properties for financial or health reasons, this was surpassed by those who made the decision to sell for reasons such as retirement, or a change of occupation.”
Looking ahead, Troup said the level of activity and prices achieved this year to be similar to 2013.
“There are still buyers out there with cash or those supported by bank funding,” he said. “We have also seen a marginal increase in private equity backed interest, together with new to the market buyers who see the opportunity to acquire and run a hotel underpinned by the comfort of alternative use in the event of the hotel venture not being to their liking.”

Image – The Lands of Loyal Hotel in Alyth was bought by experienced operators in a deal brokered by Colliers.